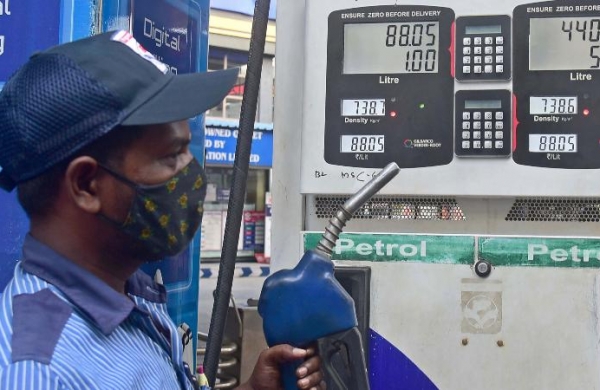 Express News Service
NEW DELHI:  If there were any doubts left over whether fuel taxes have become the government’s prized cash cow, the finance ministry’s reply to the Lok Sabha on Monday serves to quash most of them. Not only have excise duty collections on petrol, diesel, and natural gas surged, the share of such taxes in India’s gross tax revenue has spiked sharply over the years too, indicating a steadily increasing dependence on fuel tax revenues.

According to figures submitted to the Lok Sabha by the finance ministry, excise duty collections from fuel and natural gas in the first 10 months of this financial year (FY21) are already 45% higher than collections recorded during the whole of FY20. Between April 2020 and January 2021, this figure stood at Rs 2.94 lakh crore against just Rs 2,03,010 lakh crore in FY20. Collections made in the first 10 months of this fiscal year are also over five times (456%) larger than the Rs 53,090 crore recorded in FY14.

The surge in excise collections, accompanied by a lower, but still significant increase in state VAT, are the primary reason why retail fuel prices have remained stubbornly high even though Brent crude prices have gone from $114 per barrel in June 2014 to $64 per bar rel currently. While prices have swung between as high as $90 and as low as $16 during this period, they have averaged around $50-60 per barrel. But the majority of the gains from this decline has been siphoned off to the exchequer.