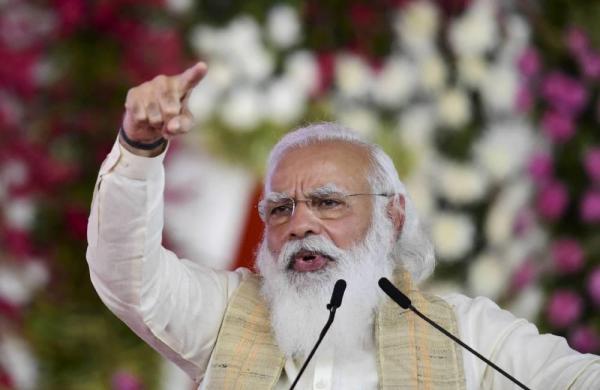 He specially recalled battles fought by the tribal in North-east, Jharkhand, Telangana and other parts of the country which were led by Kol, Khasi, Santhal, Naga, Bhil and Munda leaders. “Each and every struggle and fight was India’s strong declaration of truth against the forces of falsehood, a testimony to India’s independent temperament.

These struggles represented the same consciousness and valour which was evident from the days of Ram, Kurukshetra of Mahabharat, Haldighati and the roar of Veer Shivaji,” said the Prime Minister. He flagged off a yatra from Sabarmati Ashram to commemorate the Dandi march.

On Saturday, Union Minister for Information and Broadcasting Prakash Javadekar will inaugurate exhibitions to commemorate Azadi ka Amrut Mahotsav. He will inaugurate seven exhibitions.  The ministry’s  Bureau of Outreach Communication on Friday organised photo exhibitions at 32 locations in various states.