‘Free hand’ to police responsible for poor law & order in UP: Akhilesh Yadav 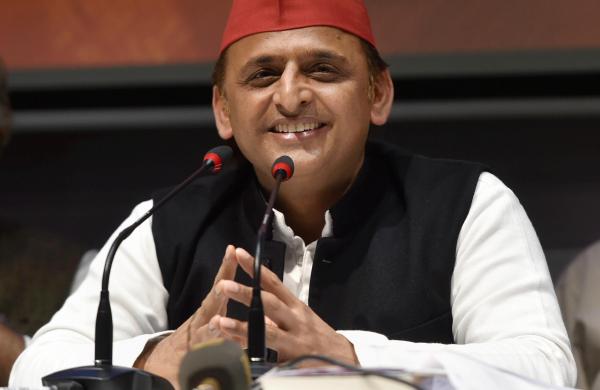 By PTI
LUCKNOW: Samajwadi Party chief Akhilesh Yadav on Friday hit out at the Uttar Pradesh government over the alleged poor law and order situation, claiming that a “free hand” given to police is responsible for it.Charging the government with humiliating all sections of society, including the youth, unemployed and political leaders, he said thousands of SP workers have been framed in fake cases.

In an apparent reference to the two girls who were found dead in a field in Unnao, Yadav asked, “Who is responsible for it.”

“When the government gives free hand to police, this is bound to happen. In the state where daughters are not safe, mothers are not safe who will invest there. Cases are being reported continuously from Badaun, Hathras and Unnao. A victim woman was cremated in the night in Hathras,” he said.

The SP chief said that the UP government has been continuously making claims on investments but these are not visible on the ground.

“This is the first government which is inaugurating the already inaugurated projects, laying the foundation stones of projects where it was already done and signing MoUs which had already been signed. The government is not telling what new works have been done by them,” Akhilesh said.

Alleging that farming is being ruined, he said, “Though the BJP has been continuously saying that the new farm laws will benefit farmers but farmers of the entire country want them repealed as they are not beneficial for them.”

“The BJP has been continuously saying that they will give MSP to farmers and double their income. And now when it is time to do so, they have brought the laws which have posed problems for agriculture and farmers,” he said, adding that the youth too is facing unemployment.

“They (BJP) have their government at the Centre and also in Uttar Pradesh. Where are they taking the economy? They are showing dreams of investments, if it is coming where it is. No investment is seen in Uttar Pradesh,” he said.

Referring to the rise in petrol and diesel prices, he said its profits are going into the government”s coffers but not being shared with farmers.

To a question, the SP chief said his party will perform well in the upcoming panchayat elections and will have a good show in Assembly polls next year.