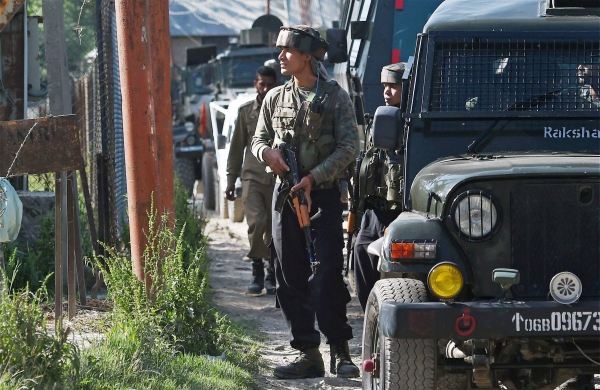 Express News Service
SRINAGAR: Four terrorists, including three who had infiltrated into India from Pakistan, were killed in two separate encounters since Saturday afternoon.  According to sources, three Lashkar terrorists were killed in a gunfight in the Shokbaba forest area of Sumblar in north Kashmir’s Bandipora district on Saturday.

An Army jawan was injured in the gunfight and is undergoing treatment at the military hospital in Srinagar. The operation to track down the remaining terrorists continued into Sunday. Marine commandoes (MARCOS) are assisting a joint team of police, CRPF and Army personnel, in the operation, which was launched on Saturday after receiving inputs about the presence of a group of militants in the forest area.

The police said of the three militants killed, two are foreigners (from Pakistan) while the third one is a local resident named Shariq Ahmad Baba–who had crossed over to Pakistan via Wagah border in Punjab in 2018 and recently infiltrated through the Line of Control (LoC).

Meanwhile, in a separate encounter, a terrorist was killed in Sursano village in Kulgam in south Kashmir on Sunday In the same area, a terrorist snatched an AK-47 rifle from a policeman. A search operation was launched subsequently, but no arrests were made as of Sunday evening.  Meanwhile, the security forces have foiled IED attacks by recovering four IEDs during search operation in border district of Kupwara on Sunday.