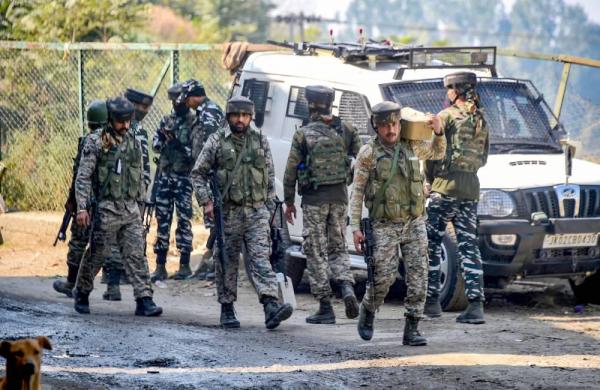 By Online Desk
Four soldiers have sustained splinter injuries in a grenade attack in Jammu and Kashmir’s Kulgam.

The militants lobbed grenade on Army’s Road Opening Party during sanitisation drill at 10.15 AM today in the area of Shamshipura, Khanabal, Kulgam.

The injured soliders  have been given first aid & evacuated to 92 BaseHospital.

On January 3, Jammu and Kashmir Police and Army’s 34 Rashtriya Rifles had arrested a terror associate of Lashkar-e-Taiba (LeT) for being involved in providing shelter, logistics and other support to terrorists, which included transportation of arms and explosive material Kulgam.