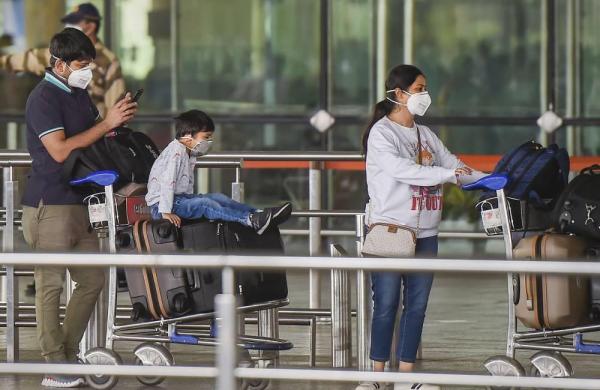 By PTI
NEW DELHI: Four passengers were handed over to the security agencies on Tuesday for not wearing masks properly onboard Alliance Air’s Jammu-Delhi flight despite repeated warnings by the cabin crew, said senior government officials on Wednesday.

Aviation regulator DGCA had on Saturday asked airlines to de-board passengers who do not wear their masks “properly” despite repeated warnings.

As per the powers given by the Directorate General of Civil Aviation’s regulations, Alliance Air can classify the aforementioned four passengers as “unruly” and ban them from its flights for any period between three to 24 months, the government officials mentioned.

Alliance Air is a subsidiary of state-run Air India.

When asked about this matter, a spokesperson of Alliance Air noted, “The airline caters to passengers in all age group from very young to very old. Alliance Air briefs passengers at every touch point, makes regular in flight announcements.”

“However, on constant request, when the passengers did not adhere to the laid down guidelines and could have endangered other fellow passengers, we apprised the concerned authorities,” the spokesperson added.