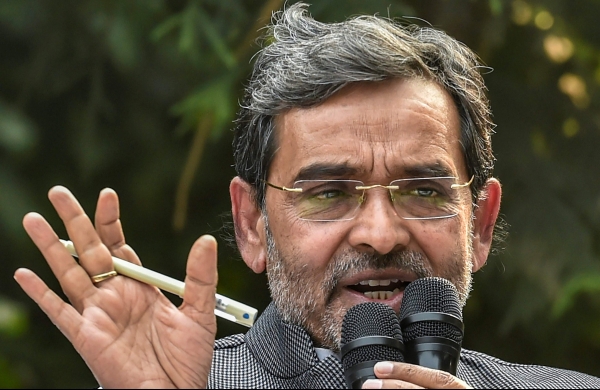 By PTI
PATNA: Former Union minister Upendra Kushwaha and two members of the Nitish Kumar cabinet were among 12 persons who on Wednesday got nominated to the Bihar legislative council.

Of the dozen seats, 10 had been lying vacant since the expiry of term in June last year while two others were vacated a year earlier by members who got elected to the Lok Sabha in general elections.

Nominations to the 12 seats had been hanging fire on account of a tug of war between the BJP, which now is numerically superior in the NDA in the assembly, and Chief Minister Nitish Kumars JD(U).

Both parties have, ultimately, settled for six seats each.

The MLCs nominated from the JD(U) include Kushwaha who merged his Rashtriya Lok Samata Party into the chief ministers party on Sunday last and was immediately rewarded with a top organisational post.

Sanjay Singh returns to the Upper House after a gap of nearly three years.

The terms of Choudhary, Gandhiji, Saraf and Rai had expired a year ago.

From the BJP, the MLCs nominated include Janak Ram, a former Gopalganj MP who was recently made the states minister for mines and geology.

The development comes a day after the chief minister was authorised by the state cabinet to take the final call on the names of candidates.