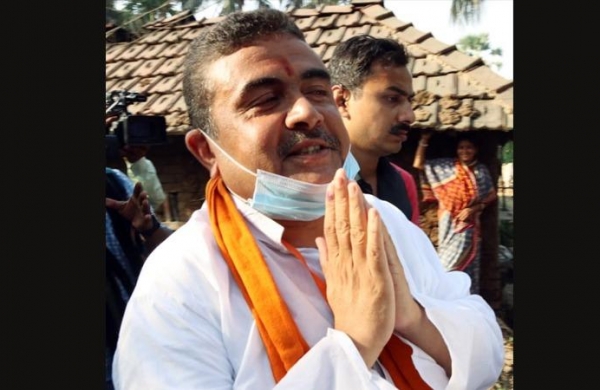 By ANI
KOLKATA: Former TMC leader Vinay Mishra on Tuesday served a legal notice to the Leader of Opposition in West Bengal Assembly Suvendu Adhikari, demanding to delete his June 11 “false” tweet, in which he said that Mishra renounced Indian citizenship but was made general secretary of TMC youth wing in 2020.

Former TMC leader who is facing an investigation by the Central Bureau of Investigation (CBI) in cattle and coal smuggling cases, has sent the legal notice to Adhikari through his lawyer which states that “In a tweet dated 11 June 2021 published from Twitter handle “@SuvenduWB”, you have made a factually incorrect and malicious statement against my client.”

On June 11, Adhikari had tweeted, “In year 2018 Vinay Mishra seems to be a Citizen of VANUATU and renouncing Indian citizenship. In year 2020 the same person is made the General Secretary of TMC Youth wing. Drawing the kind attention of ECI, Does Indian law permit a foreigner to be a part of a political party?”

Against this, Mishra in the legal notice said he had left India on September 16, 2020, much prior to when the CBI initiated a case against him in cattle and coal smuggling cases. At the time, he was appointed as the Trinamool youth wing general secretary and was a citizen of India.

He had resigned from the post of General Secretary prior to the surrendering of his passport on December 19, 2020.

The Central Bureau of Investigation (CBI) has issued a red corner notice against Mishra in a case of cattle smuggling.

On June 7, during a hearing, Mishra’s lawyers filed an affidavit stating he renounced his citizenship on December 19 last year by filing an application at the Indian Consulate in Dubai. The application was accepted on December 22, the affidavit said.