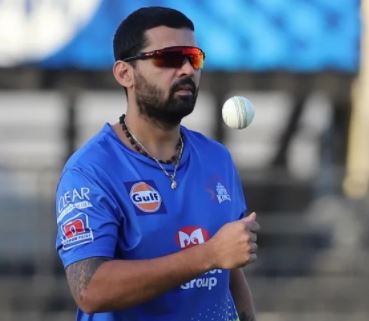 Vijaykumar Yo Mahesh, the former Tamil Nadu and Chennai Super Kings seamer, has retired from all forms of cricket a day before his 33rd birthday. He ends his career with 108 wickets in 50 first-class games to go with 93 wickets in List A cricket at an average of 24.67. His last competitive game was in August 2019, when he turned out in the Tamil Nadu Premier League (TNPL). His last appearance for Tamil Nadu was a List A fixture against Assam in Chennai in September 2018.

Yo Mahesh was among the first Indian domestic players to enjoy IPL success, emerging as Delhi Daredevils’ highest wicket-taker in the inaugural season, with 16 strikes at an economy rate of 8.77. He then joined the Super Kings, and picked up three wickets in five matches, including a match-winning haul of 2 for 21 against Rajasthan Royals in Jaipur.

Multiple injuries then put him out of action, but after getting his knees operated in London, Yo Mahesh returned to first-class cricket after five years in 2017 and helped Tamil Nadu snatch first-innings advantage against Mumbai with two wickets followed by a career-best 103 not out.

Rajkumar Sharma, a former Delhi first-class player but more famous for being Virat Kohli’s childhood coach, has been named the head coach of the Delhi senior team for the upcoming 2020-21 season.