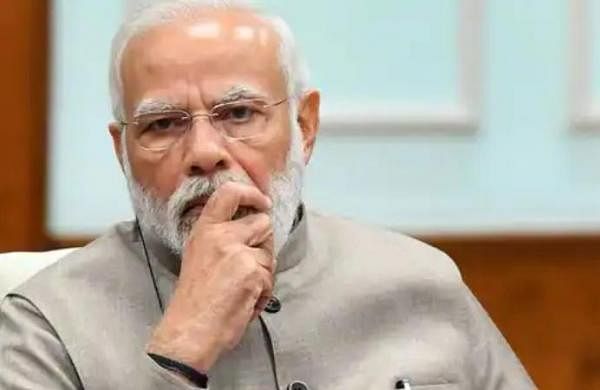 NEW DELHI: A group of former judges and bureaucrats has issued a rejoinder to another ex-bureaucrats’ group, which expressed concerned about “politics of hate” in an open letter to Prime Minister Narendra Modi, accusing it of trying to sway public opinion and indulging in “virtue signaling”.

Calling itself ‘Concerned Citizens’, the group said it does not believe the open letter to Modi by the Constitutional Conduct Group (CCG) — the name of the association of former bureaucrats — had “sincere motivations”.

ALSO READ: Over 100 ex-bureaucrats request PM to call for end to ‘politics of hate’

They said the letter was the group’s way to let out its frustration against the public opinion which remains “solidly behind Modi” and cited BJP’s recent election wins.

Eight former judges, 97 former bureaucrats, and 92 former armed forces officers signed the open letter written to Modi to counter the letter criticizing him and other BJP governments by the CCG, which was signed by 108 former bureaucrats.

“Their ‘anger and anguish’ is not only empty virtue-signaling, they are actually fuelling the politics of hate they seek to combat by attempting to engineer hate against the present government with their patent prejudices and false portrayals,” said ‘Concerned Citizens’.

“That these open letters repeat the same language, have the same tenor and use biased terms with clear ideological moorings speaks for itself.”

The group tried to draw attention towards a “striking similarity between the phraseology of the CCG missives and utterances in the western media or by western agencies” questioning the group’s intent.

It also called out its alleged “silence” on post-poll violence in West Bengal.

“It lays bare their cynical and unprincipled approach to issues,” the Modi-defending group said.

“The same attitude shapes their reactions (or rather the lack of any reaction) to the multiple violent incidents in various states ruled by different political parties and targeted violation of human rights adversely affecting the livelihoods of the poor irrespective of their religion,” it said.

The ex-judges and bureaucrats alleged that the “studied omissions” of the CCG had exposed it.

They also claimed that the instances of major communal violence have ‘palpably’ decreased under the BJP government, which has been appreciated by the public.

“This has instigated groups like the CCG to highlight beyond proportion sporadic instances of communal violence that no society can entirely eradicate,” it said.

The 108 former civil servants had written to Modi, urging him to call for an end to what they termed a “politics of hate” allegedly practised “assiduously” by the governments under BJP’s control.

In an open letter, they had said, “we are witnessing a frenzy of hate filled destruction in the country where at the sacrificial altar are not just Muslims and members of the other minority communities but the Constitution itself”.

In the counter-letter, the Concerned Citizens’ group advised the former civil servants against “orchestrating a false narrative of colourable use of state power”.

It alleged that the other group’s real intention is to foster a counter-narrative against the “premeditated attacks on peaceful processions during Hindu festivals, be it in Rajasthan, Madhya Pradesh, Gujarat or New Delhi”.

It accused the group of having “double standards”, creating an issue out of “non-issues”, and having a “distorted thinking”.

The group alleged that the CCG’s attempt to “resort to bloated vocabulary to grab international attention, motivated tirades against the democratically elected governments” was a “malaise of our society”.

It also alleged that the recent controversies relating to hijab and halal certification among others was the work of “vested interests” that wanted to keep alive the narrative of “Muslim persecution and Hindu majoritarianism and Hindu nationalism under the BJP.

“Such a narrative gets recognition and encouragement from international lobbies that want to halt India’s progress,” it claimed.

“The so-called intellectuals, the same set of retired civil servants and their backend international lobbies seek to capitalize on this narrative to create political and social fissures in India and weaken the country from within on the pretext that they are serving some higher constitutional cause when they are serving their own egos,” it said.

The group advised the CCG to free itself from its personal biases and propose viable solutions, and asked it to not “spread fear and falsehoods, seeking to fan the flames of religion-based separatism and even balkanization”.