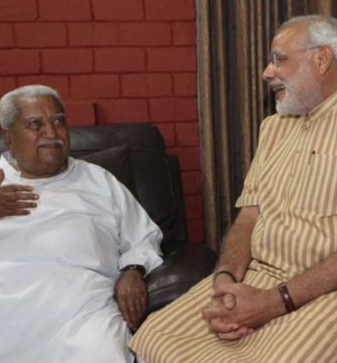 He had earlier been admitted to the hospital in an unconscious state, Dr Akshay Kiledar, representative of the Sterling Hospital in Ahmedabad said.

We rushed him to a hospital here after his health deteriorated today morning. Though doctors tried hard, he could not survive,” Bharat Patel told reporters.

“We tried to revive him but couldn’t after he was brought to the hospital in an unconscious state, following sudden cardiac arrest. He was declared dead at 11:55 am. He didn’t die due to coronavirus: Dr Akshay Kiledar, administration, Sterling Hospital, said.