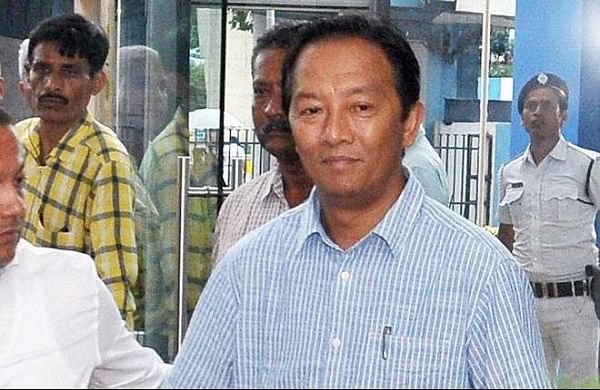 KOLKATA: Months ahead of the Gorkhaland Territorial Administration (GTA) election, former GJM leader Binay Tamang, who had quit the Hills-based party earlier this year, joined the ruling TMC on Friday.

Both of them were handed over TMC flags by state ministers Moloy Ghatak and Bratya Basu.

Asked about his stance on the Gorkhaland issue, Tamang said development of Darjeeling and Kalimpong hills tops the list of his priorities.

“Development of Hills is my top priority. The BJP is trying to use the statehood issue to fool the people of the Darjeeling and Kalimpong. Since 2009, the party has been saying that it supports the Gorkhaland demand, but no step was so far taken in this regard.”

“They (BJP leaders) have also tried to divide Bengal, but this will not be allowed. We are united. We are joining the TMC to work for the development of the Hills,” he said.

Describing Mamata Banerjee as a “dynamic and visionary leader”, Tamang said he would like to see her as a “prime ministerial candidate in 2024”.

Tamang further said that “if GJM founder Bimal Gurung, former party leader Anit Thapa and others want to join the All India Trinamool Congress, they are most welcome”.

Gurung had earlier this year pledged his support to the TMC.

Welcoming the two into the party, Ghatak said the move made by Tamang and Sharma would significantly impact the politics of the hills.

Reacting to the development, the BJP said it was on expected lines as Tamang had been working with the state’s ruling party for the last few years.

The picturesque Darjeeling has repeatedly witnessed violent agitation over the demand for a separate state of Gorkhaland, the latest being in 2017, when a 104-day-long strike over the issue brought the region to a standstill.

The strike also led to a split in the GJM, with Binay Tamang, once a deputy to the outfit’s supremo Gurung, taking over the party’s reins and expelling the boss.

Although the GJM faction led by Gurung continued to align with the BJP, the other camp, headed by Tamang, joined hands with the ruling TMC in the state.

Gurung, who had been in hiding for three years, however, resurfaced in Kolkata in October last year to lend its support to the TMC after quitting the NDA.

Polls to the 45-member GTA are likely to be held early next year.

The last election to the semi-autonomous council was held in 2012.

Tamang’s joining the TMC comes at a time when a section of BJP leaders have renewed the demand for Gorkhaland and also sought to carve out north Bengal as a centrally-administered Union territory, citing disparity in development and injustice to the people of the region.