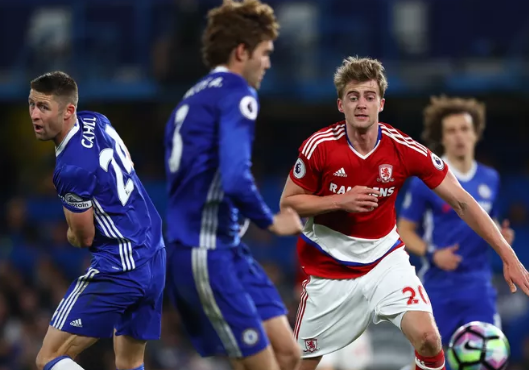 He didn’t really get that chance at Nottingham Forest, or Chelsea, or Crystal Palace, or Norwich City, or Burnley — the latter three all on loan from Chelsea, departing with a sour taste in his mouth each and every time, especially after his experiences with Alan Pardew at Palace and Sean Dyche at Burnley.

This was now January 2017, exactly five years after signing with Chelsea as an 18-year-old. It was at this point he made yet another fateful career decision. He left Chelsea for good, to reunite with Aitor Karanka at Middlesbrough, finally opening his Premier League account but also getting relegated. Incidentally, that was confirmed by a 3-0 loss to Chelsea, which included Bamford’s first (and so far only) senior minutes at Stamford Bridge.

A year and 13 goals later he joined Marcelo Bielsa’s Leeds United, and the rest, as they say, is history. He wasn’t necessarily uber-prolific for the Whites — 25 goals in 67 Championship appearances across two seasons — but the one-time Championship Player of the Year (2014-15, when he was on loan at Boro) was key in them earning promotion last season.

Bamfordinho, as we liked to affectionately call him when he was pouring in the goals in the Chelsea youth and reserves, as well as in his first few loans (to MK Dons, Derby, and the aforementioned award-winning Boro stint), was back in the Premier League, and, as it turns out, back with a vengeance at age 27!

Through the first six games of the season, only Dominic Calvert-Lewin and Son Heung-min have more goals than his six, three of which came last night — in the space of just 20 minutes, even! — as Leeds put an emphatic end to (Ross Barkley’s) Aston Villa’s perfect start to the season with a 3-0 win at Villa Park. The second and third were particularly brilliant finishes.