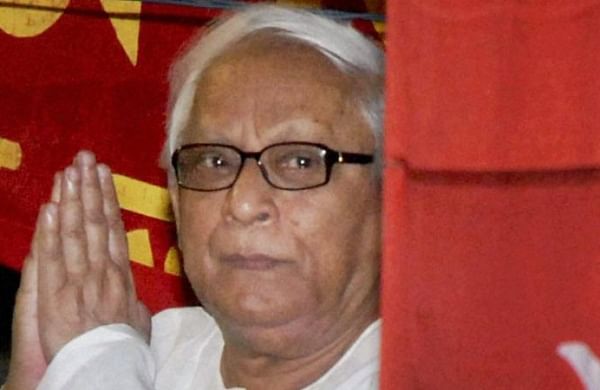 “I know nothing about this award. No one has told me anything about it. If they have decided to offer Padma Bhushan to me, I refuse to accept it,” Bhattacharjee said in a statement.

However, official sources said the Union Home Ministry informed the wife of the ailing veteran leader about the government’s decision to give him the Padma Bhushan before announcing his name early Tuesday morning, and no one from his family objected to it.

Bhattacharjee’s wife told the top official that she would inform him about it.

After which no one from his family got back to the home ministry to inform that he was unwilling to accept the Padma award.

Usually the norm is that the central government seeks the concurrence of an awardee before announcing his name for the Padma award.

While explaining the reasons behind his refusal, the CPI(M) said the party’s policy was not to accept such state awards.

“Comrade Buddhadeb Bhattacharya who was nominated for the Padma Bhushan award has declined to accept it. The CPI(M) policy has been consistent in declining such awards from the State. Our work is for the people not for awards. Comrade EMS (Namboodiripad) who was earlier offered an award had declined it.” the CPI(M) tweeted.

The 77-year-old communist patriarch, one of the tallest leaders of the Bengal CPI(M), was chief minister of West Bengal from 2000-2011.

He is currently unwell suffering from age-related problems.

According to CPI(M) sources, the decision to forgo the award was one taken by both Bhattacharjee and the party.

Echoing him, CPI (M) leader Bikash Ranjan Bhattacharya said accepting an award from a government “dividing people into communal lines” was out of the question.

“The country had decided to honour him. Now it is up to him to decide on whether he wants to accept it or not,” he said.

However, the Trinamool Congress claimed the nexus between the CPI (M) and BJP stands exposed as Bhattacharjee made no contributions that deserved an award.

“Buddhadeb Bhattacharjee will be remembered for Nandigram and Singur forcible land acquisition.