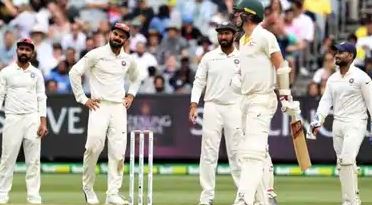 Former Australia coach John Buchanan recalled India’s historic Test series win in Australia, saying even though it was Cheteshwar Pujara, who emerged the highest run-scorer for India in the series, captain Virat Kohli’s contributions were equally significant. During India’s famous 2-1 series win in Australia in 2018-19, Pujara had starred with 521 runs in four Tests, including three centuries, while Kohli totalled 282 runs.

Even though that kind of performance was no where close to the one Kohli had in 2014/15 – where he’d scored 692 runs, Buchanan reckons Kohli was a monumental figure in the series and the India captain’s absence will have an impact on India’s performance in the Border-Gavaskar Trophy.

“He (Kohli) has done an incredibly good job – irrespective of whether he is scoring runs or not. If we go back to 2019, (Cheteshwar) Pujara was the star of the series and Kohli made some contributions, so did (Ajinkya) Rahane.But Kohli’s real contribution is his leadership and captaincy and the way he instills greatness – not only to win games, but also in finding a way to beat teams,” Buchanan told Sportstar.

During the last week of the IPL, Kohli had touched upon the Australian tour and underlined how the bio-bubble duration should also be counted in the overall duration of the tour. Being in bio-bubbles tends to have an effect – a sort of mental wear down on players – something Kohli had touched upon, and highlighting the same, Buchanan reckons that is where India will miss Kohli the most.