Forced to walkout in Lok Sabha as PM Narendra Modi did not say anything to satisfy concerns over farm laws: Congress 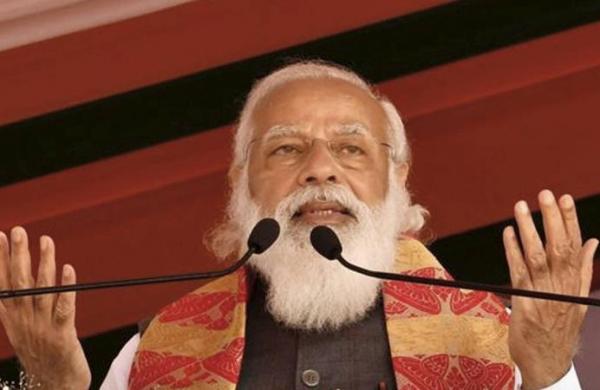 By PTI
NEW DELHI: After its members walked out of Lok Sabha during Prime Minister Narendra Modi’s speech, the Congress on Wednesday said its leaders were forced to do so as the PM did not say anything to satisfy its concerns over the farm laws.

“We thought the prime minister will talk about some important steps for the welfare of the farmers. Over 206 farmers have lost their lives, but the prime minister is not willing to say anything about it,” Congress’ leader in Lok Sabha Adhir Ranjan Chowdhury told reporters outside Parliament.

As the prime minister defended the three farm laws during his reply to the debate on the motion of thanks to the President for his address, the opposition members including Chowdhury repeatedly disrupted his speech.

The PM alleged that the uproar and attempts at disruption were part of a well-planned strategy to ensure that truth doesn’t come out in the open.

He said that the new laws only offer an “option” to farmers and the existing systems will stay, so there was no reason to oppose them.

He said reforms are needed in every sphere for the progress of society.

PM Modi said that the Congress and other parties have failed to pinpoint the provisions which they find problematic, following which the Congress members raised slogans demanding the repeal of the laws and walked out of the House.

“He was talking about what his government has done for farmers and in that he also said the farm laws would benefit some people…But I said why are you bringing a law which is not beneficial for all. You say all is well, if that is so, what is the need to bring the laws,” Chowdhury said.

He is the prime minister of all, and all farmers want that these farm laws to be withdrawn, the Congress leader said.

“Six letters — REPEAL. You have already said it can be suspended for 18 months, so if you can suspend it for 18 months, why can’t it be withdrawn,” he asked.

The Congress leader said the laws should be withdrawn and new ones should be brought only after thorough consultation with the farmers.

“We don’t just oppose for the sake of it, we oppose as we cannot see farmers in such a state. What kind of country are you building where nails are put on the ground, barbed wires are put near protest sites,” he said, criticising the government.

“We believed that the prime minister will take note of what we are saying and will say something to satisfy our concerns (on the farm laws), but nothing of that sort happened, so we were forced to walk out,” he said.

As the Congress members, including Rahul Gandhi, were leaving the House midway in his speech, PM Modi took a dig at the opposition party.

Such a “divided” and “confused” party can neither do any good for itself nor can it think of any solution to the country’s problems, the prime minister said.