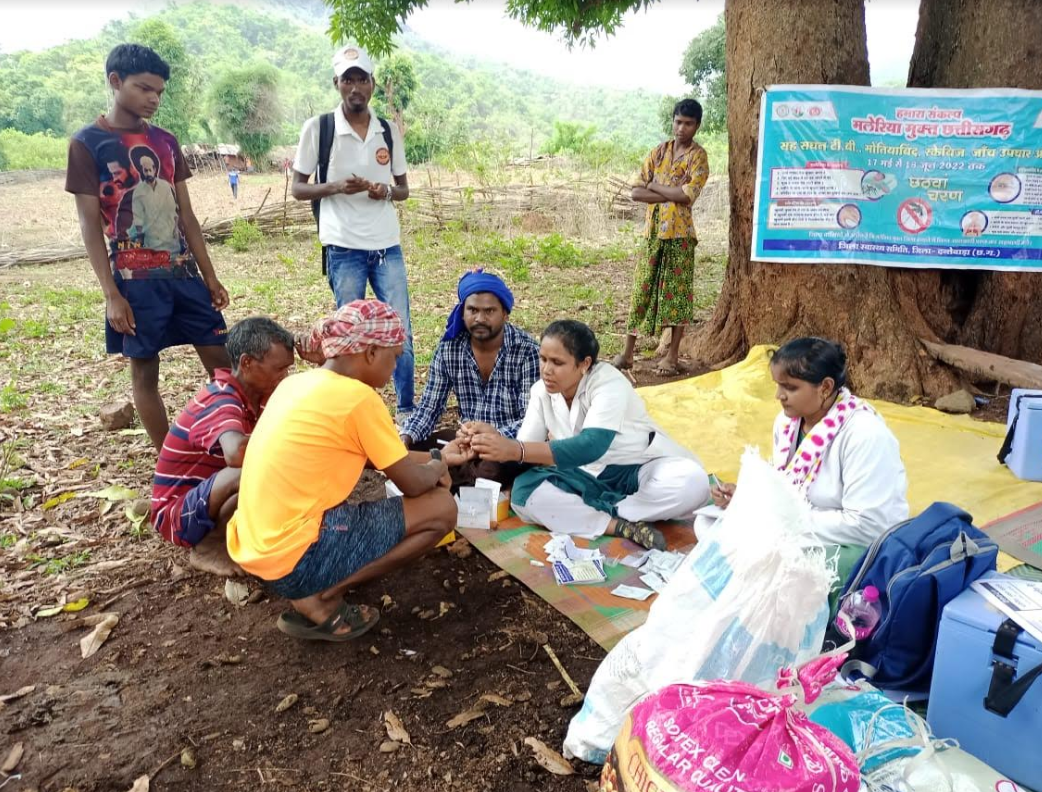 Due to the policies of development, trust and security of the Government of Chhattisgarh, basic facilities are being made accessible to the people in the plains as well as in the Naxal affected areas. This change is clearly visible in Bastar region. In the remote villages of Dantewada district, along with development and construction works, the scope of education and health is increasing rapidly. The staff of administration is busy reaching the interior areas and taking the benefits of departmental schemes to the last person. On June 21, a health camp was organized by the Health Department team in the unreachable village of Loha in Dantewada district and people were given health check-up and treatment. In village Loha of Kuakonda development block, a 25-member team of health department officials and employees had crossed the hills after walking 12 km. The people of Loha village expressed happiness on the arrival of the health department team in their village and after reaching the health camp, the villagers got their health tested. Along with treatment, free medicines were given to the people by the team. In view of the rainy season in Loha village, medicines were stored in the village through depot holders, so that in case of any emergency, the people of the village could get medicines from there. In the health camp, malaria-free Chhattisgarh campaign was conducted from all the villagers. The population of Loha village is only 125. In the health camp, 104 villagers got their health tested and got treatment. In the malaria test, 11 patients were found positive, while cataract was found in 14 people and malnutrition was found in 3 children. Medicines were given to all the disease victims as per the requirement. Villagers in these villages were made aware of the plans of the department by the Health Department. For the past one year, by reaching such inaccessible areas, the benefits of health services and other schemes of the department are being passed on to the people. Like this:Like Loading… Continue Reading