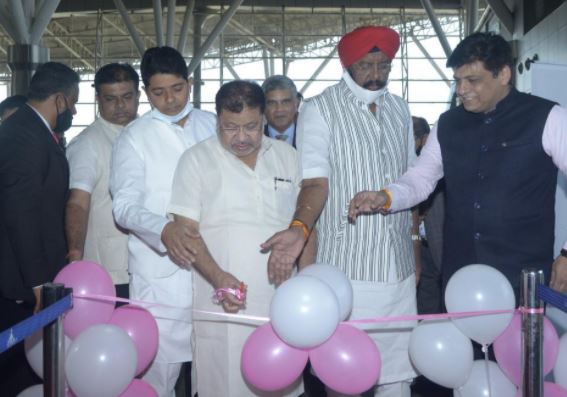 Fly Big’s office was inaugurated today at Swami Vivekananda Airport in Raipur by MP Sunil Soni, Mayor Ejaz Dhebar, MLA Kuldeep Juneja. With the launch of Fly Big’s office, a direct flight from Raipur to Indore has been arranged. Now the people of the city will have the availability of direct flight from Raipur to Indore in the coming days, due to which the air passengers of both Raipur and Indore will have the facility of direct flight. With the direct flight, the passengers will also save time and the extra charge for the flight will also be reduced.

Sasand, MLA, and the Mayor have wished all the employees of Fly Big and the passengers availing the regular flight facility. All the officers, employees, flight attendants and air hostesses of Fly Big Company were present at the inauguration of Fly Big’s office.