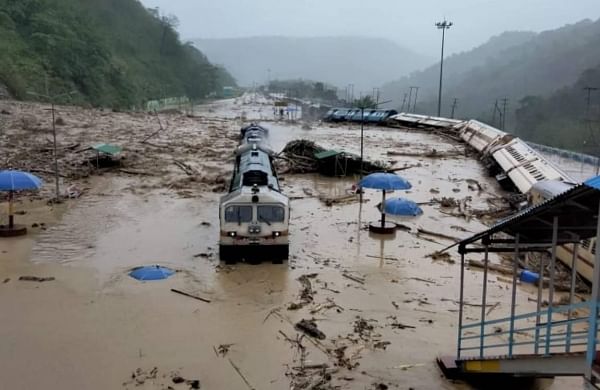 GUWAHATI: The flood situation in Assam remained critical on Thursday with two more persons, including a child, losing their lives and over 5.61 lakh people still suffering in the deluge across seven districts, as per an official bulletin.

According to the daily flood report of the Assam State Disaster Management Authority (ASDMA), one person each died in Kampur and Raha of Nagaon district.

With this, the total number of people losing their lives in this year’s flood and landslides has reached 30.

Nagaon is the worst hit with over 3.68 lakh people suffering, followed by Cachar with nearly 1.5 lakh persons and Morigaon with more than 41,000 people affected.

Till Tuesday, over 5.75 lakh people were affected in the deluge across nine districts of the state.

An Inter-Ministerial Central Team (IMCT) reached Guwahati on Thursday and interacted with the Revenue and Disaster Management Department and ASDMA officials for damage assessment of the flood and landslides in the state.

To accelerate an effective damage assessment, IMCT members will be divided into two groups for visiting the relevant affected districts, ASDMA said in a statement.

The first group will visit Cachar and Dima Hasao districts, while the second group will go to Darrang, Nagaon and Hojai, it added.

At present, 956 villages are under water and 47,139.12 hectares of crop area has been damaged across Assam, ASDMA said.

The authorities are running 365 relief camps and distribution centres in six districts, where 66,836 people, including 13,988 children, are taking shelter.

A total of 1,88,698 domestic animals and poultry have been affected in the deluge across nine districts, ASDMA said.

Brahmaputra’s tributary Kopili at Dharamtul is flowing above the danger mark, the bulletin stated.