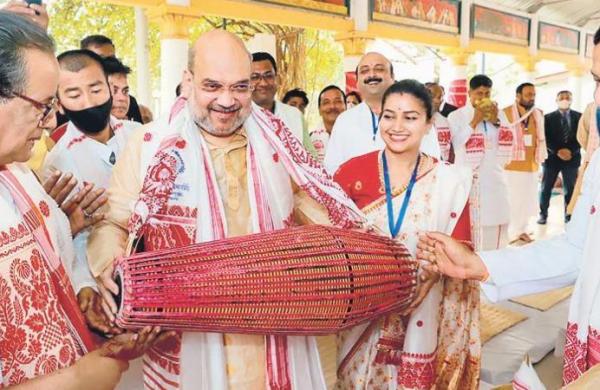 Express News Service
GUWAHATI: Union Home Minister Amit Shah on Thursday said Assam will be made flood-free if BJP retains power in the state. But he did not elaborate in detail how this would be done.

“Floods displace lakhs of people in Assam every year. We will divert the water to ponds and use it for irrigation. Give us five more years, we will make Assam flood-free,” Shah said at an election rally in Karbi Anglong.

Various organisations in Assam have for long demanded that floods and erosion in the state be declared a national problem. Scores of people perish in the floods every year.

“Agitationists have emerged with different names to cause a split of BJP votes. Their goal is to help Congress, a party which fired the shots on the youth and killed hundreds of them during the Assam Agitation, win the elections.”

Shah slammed the Congress also for aligning with the minority-based All India United Democratic Front, which is headed by Lok Sabha member Maulana Badruddin Ajmal.

“Rhinos are Assam’s pride. Infiltrators used to poach them. The Congress during its rule did nothing to thwart this.”