Five Maoists, including one carrying a bounty of Rs 1 lakh, arrested 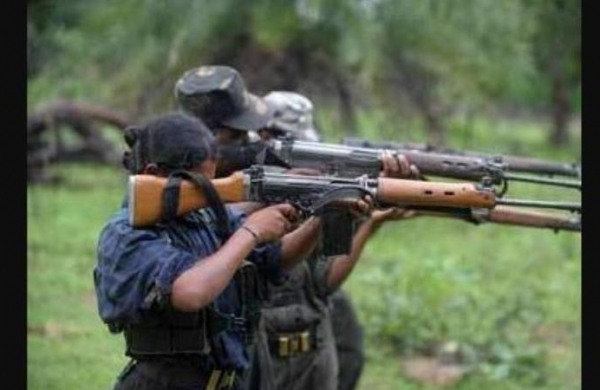 By Express News Service
RAIPUR: Five cadres of outlawed CPI (Maoist), including a militia section commander carrying a bounty of Rs 1 lakh, were arrested from three different locations of the strife-torn Chhattisgarh’s Dantewada district on Sunday.

“During the anti-Maoist and search operations by the different team of district reserve guards (DRG) and the police force, five Maoists were arrested from three different areas of Dantewada. Padaam Mada, 28, hardcore militia section commander was carrying a reward of Rs one lakh on his head. Another cadre Manguram Bhogami, 29, a jan-militia member was also a supplier for the banned organisation,” a senior police officer said.

These cadres of the banned organisation have various cases registered against them in different police stations, he added. Dantewada is one of the worst Maoist affected districts in south Chhattisgarh.