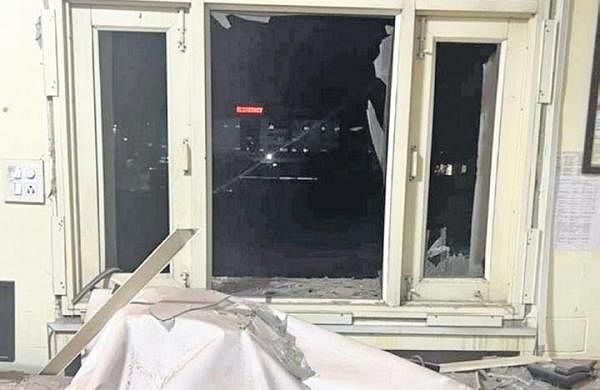 CHANDIGARH:  Five people were arrested in connection with the RPG attack at its intelligence headquarters in Mohali, the Punjab Police said on Friday, adding that the act was carried out by a nexus of militant outfit Babbar Khalsa International, Pakistan spy agency ISI and gangsters.

At a press conference, Director General of Police V K Bhawra said a sixth accused is in police custody in a separate case.

“In addition, two people — Mohd Nasim Alam and Mohd Sharaf Raj  — have been brought for questioning from Noida. They originally hail from Bihar. We have not arrested them yet and they are being questioned.”

“The key conspirator who organised all logistics is Tarn Taran resident Lakhbir Singh, alias Landa, who used to be a gangster and had shifted to Canada in 2017,” the DGP said.  “He is a close associate of gangster-turned-terrorist Harvinder Singh Rinda, who operates from Pakistan.”

Landa provided the RPG, AK-47 and the local network of criminals for logistic support to carry out the attack, the Punjab Police chief said, adding that the three suspects who carried out the attack were still on the run.

Tarn Taran resident Nishan Singh, an accused in the case, is already under the custody of the Faridkot police in some other case, the DGP said. “He will be arrested in this case too.’’