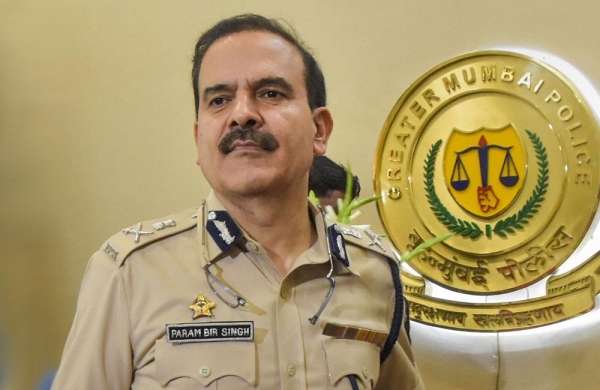 By PTI
MUMBAI: Five police officers, including two DCPs and as many ACPs, named in two FIRs registered against former Mumbai police commissioner Param Bir Singh were shifted to the Local Arms (LA) unit in view of the ongoing investigation into these cases, an official said on Wednesday.

The FIRs were registered on the charges of extortion, cheating, forgery and kidnapping for ransom under the Indian Penal Code against Singh and other police officers at the Marine Drive police station in Mumbai and the Kopri police station in Thane on the complaints lodged by the developer Shyam Sunder Agarwal and by his nephew Sharad Agarwal, respectively.

The order to shift the five officers to the LA unit was issued by Mumbai police commissioner Hemant Nagrale on Tuesday, the official said.

As these officers were named in the FIRs, it is not suitable to keep them on the same posts according to administrative views as investigation in both the cases is on, CP Nagrale stated in the order.

Accordingly, these officers are being attached to the Local Arms unit, Naigaon in Central Mumbai till further orders in the public interest, the order stated.

DCP (Crime) Prakash Jadhav has been given the charge of (Detection 1) and DCP (STF) Shrikant Paropkari of (EOW), it said.

A Special Investigation Team (SIT) has been formed to conduct a probe into the extortion case against Param Bir Singh and seven others registered at the Marine Drive police station and another case registered with the crime branch, an official said earlier in the day.

The Marine Drive police last week registered an FIR against Param Bir Singh, five other police officers and two other persons on charges of of extortion, cheating and forgery, following a complaint filed by a builder.

The builder had alleged that the accused demanded Rs 15 crore from him for withdrawing the cases registered against him under the Maharashtra Control of Organised Crime Act (MCOCA) and the Narcotic Drugs and Psychotropic Substances (NDPS) Act.

Singh threatened to register a case under the MCOCA and arrest the builder, a police official earlier said quoting the builder’s complaint.