First time since border standoff, Modi, Xi on one platform 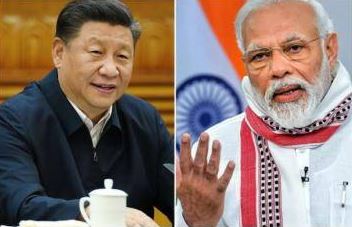 THE STAGE is set for the first encounter between Prime Minister Narendra Modi and Chinese President Xi Jinping since the border standoff in eastern Ladakh that started in May, with the two leaders scheduled to participate in a virtual interaction at the Shanghai Cooperation Organisation (SCO) summit Tuesday.

Modi will also share a virtual platform with the Chinese President on November 17 for the BRICS meeting and on November 21-22 for the G-20 summit. The two leaders have met at least 18 times in the last six years but last shared a platform on March 26 when Saudi Arabia held a virtual G-20 gathering over the Covid pandemic.

Officials said chances of a border thaw at the SCO meeting are “bleak”, given the hard positions the two sides have taken. Besides, unlike in the past SCO, BRICS and G-20 summits, where the leaders could meet in retreat sessions and engage in freewheeling discussions, the virtual format doesn’t provide for one-on-one conversations.

But this time, there has been no sign of disengagement and de-escalation after eight rounds of military talks, six rounds of diplomatic talks and at least one face-to-face meeting between the Indian and Chinese NSAs, Defence ministers and External Affairs ministers.

So far, the key factor that has kept tensions in check is the absence of escalatory moves on the border since External Affairs Minister S Jaishankar and Chinese State Councillor and Foreign Minister Wang Yi agreed on a joint approach to defuse the situation.