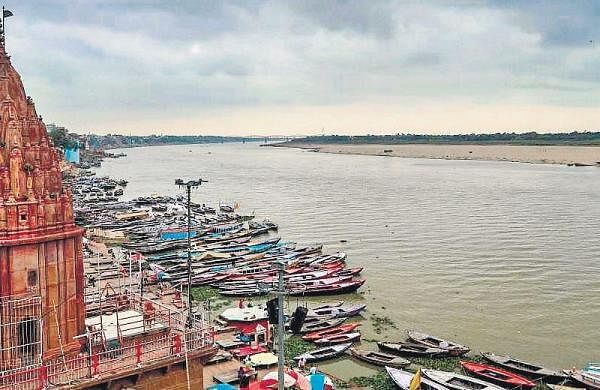 If all falls in place as planned, the PPP model project on pilot basis would see tourists and commuters boarding cable cars, connecting between Varanasi Junction (popularly known as Varanasi Cantt) railway station and Girjaghar-Godowliya Crossing (busiest road crossing) within a short span of just 15 minutes. Presently, it takes around 30 minutes to an hour to travel the same distance through the road.

Once completed the project will be the third such Public Transport Ropeway system in the world, after Bolivian capital La Paz and Mexican capital Mexico City. While confirming about the Ropeways based Mass Rapid Transport System (MRTS) project, the Varanasi Development Authority (VDA) vice-chairman Isha Duhan told The New Indian Express on Tuesday that the tender for the project was floated on November 13 and there has been tremendous response from bidders, which was reflective during the pre-bid meeting on Tuesday.

Once completed, the Public Transport Ropeway system will render tourists/passengers detraining at Varanasi railway station, instant connectivity with first of the two terminal stations of Ropeway – the Varanasi Cant terminal through the railway station’s foot over bridge. “Passengers will be able to travel up to the other end station Girjaghar Crossing (just around a km from the Ganga Ghats) along with their luggage in the cable cars. The 220 cable cars will speedily take the passengers overhead 3.6 km to the second terminal in just 15 minutes time,” Duhan informed.

The route has five stations, including the two end/terminal stations and two other stations – Sajan Tiraha and Rathyatra Tiraha – besides the turning Varanasi Nagar Nigam Tiraha station. All the five stations will be developed on the theme of Varanasi’s rich heritage, culture, art and religion.

Project status: Tender floated
Overhead Mass Rapid Transport System (MRTS) of choice which will be operational at a height ranging from 10 metres to 46 metres
Will cover a distance of 3.6 km in about 15 minutes
220 cable cars, each of them housing 10 seats and will move after a gap of 90-120 seconds.
All the overhead stations will be based on themes of Varanasi’s culture, art and religion
Service to operate for 16 hours daily
Terminal stations (one end to the other) will be connected within span of 15 minutes, while every successive station will be connected in 4-6 minutes
Around 4,000 people will travel in one direction at a time
Fare could be fixed at `30
The Ropeway will render speedy and easy connectivity, particularly to tourist hotspots, including Kashi Vishwanath temple, Ganga Ghats and Bharat Mata Temple