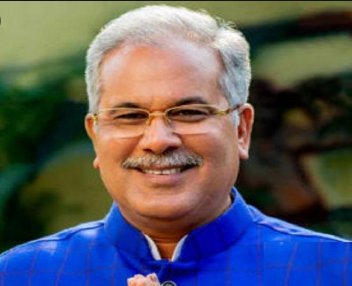 Under the chairmanship of Chief Minister Mr. Bhupesh Baghel, the first meeting of CAMPA governing body was held today. In this meeting held at his residence office, Mr. Baghel reviewed the works sanctioned under CAMPA fund. It was informed in the meeting that under the annual action plan of CAMPA in year 2019-20, employment of 89.73 lakh human days was created through various employment-oriented works at the cost of Rs 429 crore 21 lakh. In year 2020-21 during corona crisis, employment of 42.44 lakh human days has been created at the cost of Rs 219 crore 63 lakh, from April 1 till present. Chief Minister gave instructions to sanction as many MNREGA works as possible, under Avarti Charai Yojana and Forestland Rights Act, to provide maximum employment opportunities for people in forest regions. Chief Minister said that construction of 4400 gauthans has been completed, where a large number of cattle are being kept in day care. These gauthans require a large quantity of fodder. Keeping in view the requirement, forest management committees should conduct green fodder reaping work in the months of September and October. This will not only provide employment to people in forest areas but will also meet the fodder requirements of gauthans. On the occasion, Forest Minister Mr. Mohammad Akbar was also present.

In the meeting, Mr. Baghel also reviewed the groundwater conservation and augmentation related works under Narva Yojana. It was informed in the meeting that in the action plan of year 2019-20 under Narva Vikas Yojana, 12 lakh 55 thousand 128 structures were approved, out of which development of 8 lakh 49 thousand structures has been complted till date. This includes check dam, stop dam, anicut, dike wall etc. Chief Minister also gave instructions to prioritize construction works of big ponds in forest regions under CAMPA fund. He emphasized on development of pastureland, plantation of fruit trees and development of water structures in forest regions for conservation of wildlife. Meanwhile, conservation of state animal wild buffalo, state bird Bastar Myna, , Reindeer, hyena, sonkutta, vulture etc. was also discussed. Discussion on detailed action plan to increase the number of lions and to improve the habitat for birds was held in the meeting.