First look of George and Tammy out 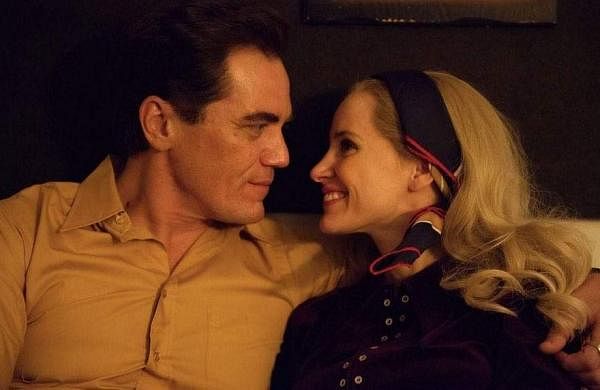 We had previously reported that Jessica Chastain and Michael Shannon will be teaming up for a series titled George and Tammy. The first look at the show has now been unveiled. The first look image posted by Chastain on Twitter features both the lead actors smiling at each other.

The six-episode series will explore the marriage life of C&W music couple George Jones and Tammy Wynette, with John Hillcoat, whose directorial credits include several music videos and feature films such as Lawless, The Road, and The Proposition, directing.

The series began filming in December 2021. Created by Abe Sylvia, the series is expected to premiere on Spectrum, and then on Paramount+. Sylvia will also be serving as an executive producer.

Andrew Lazar and Josh Brolin will be serving as executive producers in association with Chastain. David C. Glasser, David Hutkin, Ron Burkle, and Bob Yari will also be executive producing. Bryan Goluboff will be writing the series.