First consignment of ‘red rice’ from Assam flagged off to US 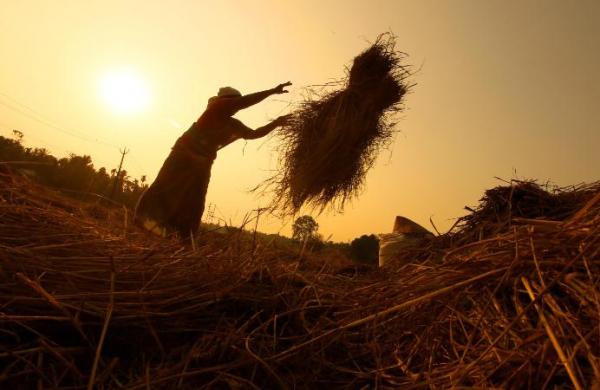 By ANI
NEW DELHI: In a major boost to India’s rice exports potential, the first consignment of ‘red rice’ was flagged off on Thursday to the United States of America (USA).

Iron-rich ‘red rice’ is grown in the Brahmaputra valley of Assam, without the use of any chemical fertilizer. The rice variety is referred as ‘Bao-dhaan’, which is an integral part of Assamese food.

The red rice is being sourced by leading rice exporter – LT Foods. The flagging off ceremony of the export consignments was carried out by the Agricultural and Processed Food Products Export Development Authority (APEDA) Chairman Dr M.Angamuthu at Sonepat, Haryana.

As the exports of ‘red rice’ grow, it would enhance the incomes of farming families of the Brahmaputra flood plains, the Ministry of Commerce and Industry said in a release.

APEDA, which comes under the department of Commerce of the Ministry of Commerce and Industry, has been promoting rice exports through collaborations with various stakeholders in the value chains.

“The government had set up the Rice Export Promotion Forum (REPF), under the aegis of the APEDA. REPF has representations from the rice industry, exporters, officials from APEDA, the ministry of commerce and directors of agriculture from major rice-producing states including West Bengal, Uttar Pradesh, Punjab, Haryana, Telangana, Andhra Pradesh, Assam, Chhattisgarh and Odisha,” the release said.

During the April to January period of 2020-21, the shipment of non-Basmati rice witnessed an impressive spike.