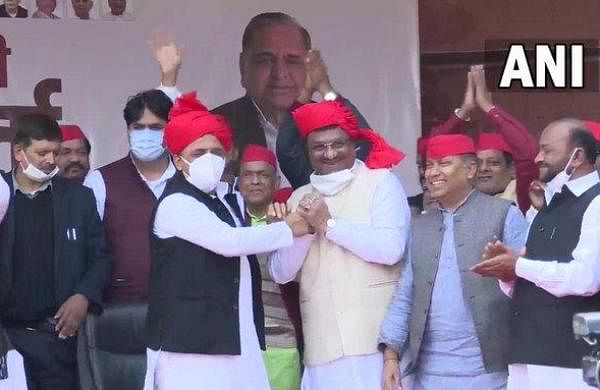 LUCKNOW: An FIR has been lodged at the Gautam Palli police station in Lucknow against the Samajwadi Party for violation of model code of conduct as well as Covid protocols.

The action was taken after a huge crowd gathered at the SP office on Friday afternoon for the joining of former BJP minister Swami Prasad Maurya, Dharam Singh Saini and other legislators in the party.

“Upon receiving information, a police team was sent to the SP office. Action is being taken on the basis of their report,” he said, adding that Section 144 is in force in the state capital.

Samajwadi Party’s Uttar Pradesh unit chief Naresh Uttam Patel said, “It was a virtual event inside our party office. We did not call anyone, but people came. People work abiding by Covid protocols.”

He further said, “Crowds were there even at BJP ministers’ doorsteps and in markets, but they only have a problem with us.”

The Election Commission of India (ECI) had on January 8 announced a ban on physical rallies in light of the surge in Covid cases in parts of the country.