FIR against Shashi Tharoor, Rajdeep Sardesai others for seditious tweets on farmer’s death during tractor rally 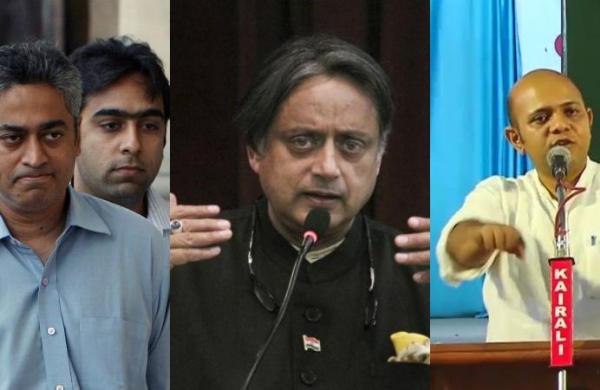 The FIR has been registered under various sections of Indian penal code (IPC) dealing with sedition and for promoting enmity between different groups, intentional insult with intent to provoke breach of the peace, incite violence, and criminal conspiracy.

The complainant Arpit Mishra, a 35-year-old resident of Noida, accused them of broadcasting offensive, misleading and provocative news that the police had killed a protestor driving the tractor. The accused also retweeted news in question through their social media handle, the FIR further says, which was lodged at Sector 20 police station.

“The complaint is being examined and action as per the law is being taken,” said a press statement by the Noida Police.

The FIR says that the accused acted in a prejudiced manner which jeopardised national security and public safety.

“As part of a conspiracy, the accused planned riots in the national capital with intention to kill public servants and incite violence….It is known fact that despite provocative activities by rowdy elements and injuries to large number of police personnel, the police force acted with restraint and control the violators with professional efficiency,” the complainant in the FIR says.

Sardesai, consulting editor with India Today group, on January, 26 tweeted that a farmer Navneet Singh was allegedly killed in police firing during the tractor rally. However, Police said the farmer died after his tractor overturned.

“The accused in a well-planned manner conspired with each other to spread the wrong information about the death of a farmer in police firing. It was intentionally done to incite riots at large scale and create tension among communities. The riots and tension certainly affect countries along the international border…because of their tweets protestors reached Red Fort and installed their religious and other flags where the national was hoisted,” the FIR also says.