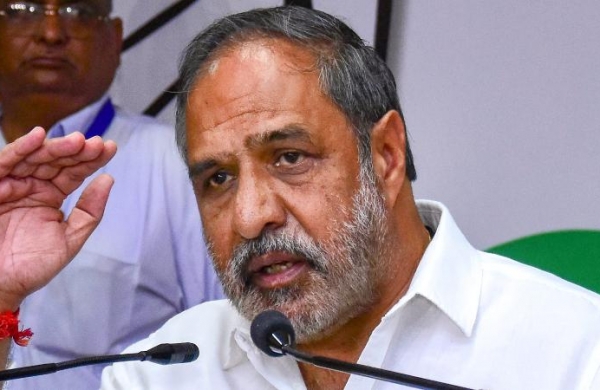 By ANI
NEW DELHI: Rejecting the allegation of groupism in Congress Party, senior party leader Anand Sharma on Wednesday said there were no two groups within the party as all were fighting unitedly under the leadership of Sonia Gandhi to defeat the Bharatiya Janata Party (BJP) and other opponents in the upcoming Assembly polls.

Addressing a press conference here, Sharma, a prominent member of the group of 23 leaders who had written to Congress chief Sonia Gandhi in August last year urging for an organisational overhaul said: “It is one Indian National Congress and the president of the party is Sonia Gandhi and right now the only objective before the Congress Party is to fight these elections together to defeat the BJP, to defeat other opponents.”

“There should be no wrong impression about groupism in the party,” he added.

The deputy leader of the Congress in the Rajya Sabha, Sharma said the Congress has historically stood for internal discussions, where issues are debated within the organisation.

“In the long history of the INC from the days of the freedom struggle, when Mahatma Gandhi, Jawaharlal Nehru Vallabhbhai Patel, Subhas Chandra Bose were there, the tradition has continued,” he said.

The senior Congress leader was reacting to allegations of groupism by PC Chacko who announced his resignation from the party on Wednesday who also said the party’s high command was a mute witness to groupism.

Reacting further on the Kerala leader’s resignation, Sharma told ANI, “Those who have to leave will leave, it happens in political parties. But the Congress party will show how it can unitedly fight in this elections. That will be the endeavour of the Congress.”

Chacko on Wednesday announced his resignation from the party and said: “I have quit Congress and sent my resignation to party’s interim chief Sonia Gandhi. I had been deliberating upon this decision for the past many days. I come from Kerala where there’s no Congress party as such. There are two parties – Congress (I) and Congress (A). It’s a coordination committee of two parties functioning as KPCC,” Chacko said.