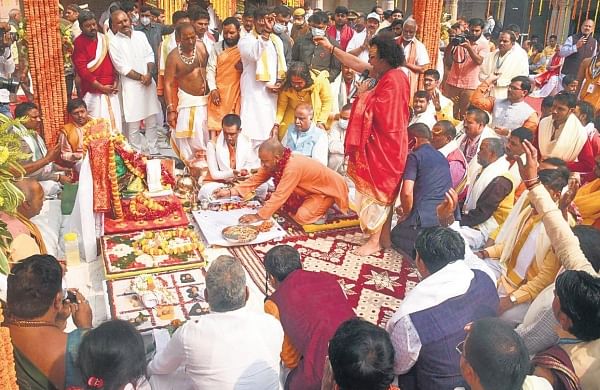 The Indira Gandhi National Centre for Arts (IGNCA) is hosting the programme on behalf of the Ministry of Culture with the support of the Uttar Pradesh government and the Varanasi Administration under the aegis of ‘Azadi ka Amrit Mahotsav’, an initiative to celebrate 75 years of India’s Independence.

“Varanasi or Kashi has been chosen for this festival because of its rich cultural heritage and splendid history and resplendent beauty. The longest river of India, Ganges flows through Kashi and has been a source of inspiration to artists, scholars and writers, including the six legendary personalities who will be commemorated during the event,” said the ministry.

There will be panel discussions, exhibitions, film screenings, music, drama and dance performances as part of the event. Noted poet Kumar Vishwas will be presenting a performance on ‘Main Kashi Hun’ on Tuesday and while MP Manoj Tiwari will be delivering a musical presentation.

LUCKNOW: Back to her abode after being retrieved from Canada, the 18th-century idol of Goddess Annapurna was installed and consecrated by Chief Minister Yogi Adityanath amid Vedic rituals in the courtyard of Kashi Vishwanath temple in Varanasi on Monday.

While extending gratitude to PM Narendra Modi after the consecration ceremony, CM Yogi Adityanath said earlier the idols of deities used to be smuggled out of the country, now they are being brought back.

The CM said that idol theft for smuggling went on unabated during previous regimes as they were not concerned about it.