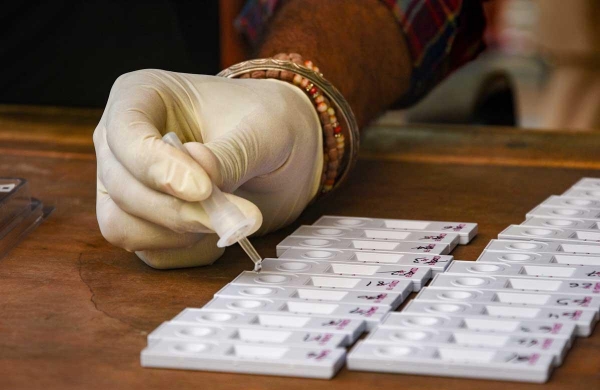 Express News Service
PATNA:  Fearing a return of Covid-19 during the Holi festival, the Bihar government has decided to ban ‘Holi-Milan’ gatherings.

Thousands of Biharis return to their homes especially from Maharashtra and Punjab during the festival to be with their families.

The two states have currently contributed to the “second wave” of the pandemic.

In a precautionary measure, the government said on Tuesday no one will be allowed to either organise a Holi Milan or attend it in a crowd following the pandemic threat.

According to an estimate, around 10 lakh people return to Bihar during the festival and the Chhath festival from Delhi, Kolkata, Punjab, Kerala, Maharashtra, Haryana, Gujarat and other states.

In a meeting held on Monday over the threat of the pandemic’s return during the festival, the government decided that chief secretary Arun Kumar Singh will supervise the imposition of a ban on gatherings.

The ban at public places has been welcomed by many social organisations, though religious gatherings continue across the state in violation of social distancing and other safety protocols for Covid-19.

A directive by principal health secretary Pratay Amrit said random checking of passengers from other states has started at airports and railway stations.

Air passengers will be allowed to exist only after they produce a negative Covid-19 test report or antigens tests would be conducted on them.

Train passengers will also be tested upon their arrival through rapid antigen kits from March 17.

In a season of vulgar songs being played aboard buses, the Bihar government has imposed a ban on playing of such songs on Holi and other festival occasions in public transport.

Anyone found violating the order runs the risk of cancellation of the permit.

The state transport department has issued an order asking district authorities to conduct random checking of vehicles to enforce the ban.