Fearing exclusion of smartphone-less tribals, Jharkhand seeks to use own app for vaccination 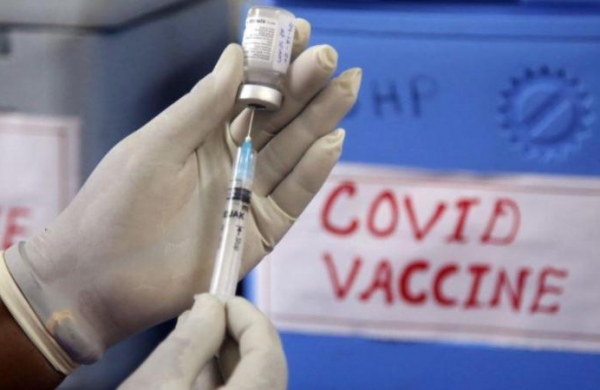 By PTI
RANCHI: Fearing exclusion of a large chunk of the tribal people in the ongoing vaccination drive against Covid-19 due to non-availability of smartphones among many of them and access to internet in remote areas, the Jharkhand government wants to use its own “more user-friendly” app for registration.

It has been made mandatory for people in the 18-45 age group to register themselves at Co-WIN to get the vaccine.

Jharkhand government officials, however, said that JHAR-WIN, the state’s app, has an edge over Co-Win in many ways and it is suited for a state where a large number of people are poor tribals living in villages.

The JHAR-WIN app works both online and offline and is backed up with a call centre to facilitate registration of low-digitally literate population group and can provide on the spot registration at vaccination centres, officials said.

Considering the issue of non-delivery of SMS/OTP and to make it more user-friendly, OTP authentication has been removed in JHAR-WIN which is available in both English and Hindi, they said.

“The Co-WIN platform and the process of registration by design perpetuate digital exclusion and inequality especially in a state like Jharkhand.

With a high tribal and marginal population mostly in rural areas and the rising threat of the virus in villages, it is necessary to ensure no one is left out, an official in the Chief Minister’s Office told PTI.

Jharkhand has one of the largest tribal populations in the country inhabited by over 32 Schedule Tribes and other marginalised indigenous people.

“The state’s application/portal with a dedicated call centre and help desk will ensure each person is included irrespective of digital literacy or skill,” the CMO official said.

The Jharkhand government has filed a plea in the Supreme Court praying for a direction to the Centre to allow the state to use its own app and portal for registration for Covid-19 vaccination, the official said.

The official said that following the commencement of Phase 3 vaccination for the 18-45 years age group, Jharkhand is facing a major difficulty in registering potential beneficiaries as there are issues of digital literacy and digital exclusion, apart from glitches in the portal especially in rural areas.

Unlike Co-WIN where slot booking is made mandatory for getting the jab, JHAR-WIN allows a person to directly reach the nearest vaccination centre and avail facility, the official said.

The option for walk-in, as was available in case of vaccination for 45 years plus population, is not there for the age group of 18-45 years which comprises approximately 1.4 crore in Jharkhand.

The state says that its application for registration for vaccination is user-friendly, more practical and best suited for Jharkhand as its scheduled areas have seen low human development indices, backwardness, remoteness and poverty, and social indicators in its tribal pockets are inferior to the state average.

“Being a state with heavy forest cover and tough terrain, Jharkhand has many villages that comes under network shadow area. Unlike Co-WIN, Jharkhand’s State Portal (http://amritvahini.in) will support people in the remotest of the areas irrespective of network connectivity.

“Rural and tribal population of the state can easily reach vaccination centres and get benefits of it with the same ease as urban population making ‘vaccination for all’ true in both letter and spirit,” the official added.

Unlike Co-WIN that mandates Captcha authentication which is image-based and requires a good internet connection and a tech-savvy person, Jharkhand’s state portal has removed it making it faster and easy to use, he said.

The state continued to show easing of coronavirus rage with the state reporting 60 new COVID deaths and 2,056 positive cases on Friday, a health department bulletin said.

Till four-five days back, the state was logging more than 100 casualties due to coronavirus and around 5000 infections daily.

The recovery rate among coronavirus patients in the state now stands at 90.38 per cent, better than the national average of 86.70 per cent.

Capital Ranchi which has been struggling with a high number of cases saw 14 deaths while East Singhbhum which has also been consistently recording high fatalities reported eight deaths.

No deaths have been reported from Dumka, Latehar, Pakur and Simdega during the last 24 hours, the bulletin said.

Giridih and Godda saw three deaths each during the last 24 hours.

Restrictions with stricter provisions, including seven days mandatory quarantine for people visiting the state, are now in place.

The mortality rate in the state remained higher at 1.45 per cent as against the nation’s 1.10 per cent.

Battling a severe second wave of COVID-19 pandemic, the Jharkhand government has set up a task force at block level to map and more effectively contain the virus.

Adopting a multi-pronged strategy, it began the massive public health survey exercise Wednesday which will be carried out till May 25.

In a bid to protect its citizens from the deadly virus, the Jharkhand government had on May 14 launched a free vaccination drive for people in the age group of 18 to 44 years.