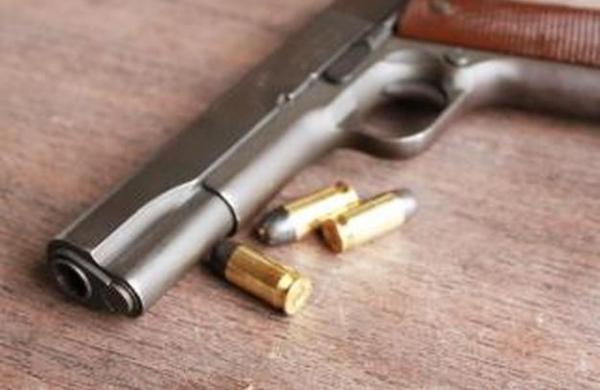 By PTI
LUCKNOW: A 50-year-old man was allegedly shot dead in Uttar Pradesh’s Hathras district by an accused out on bail in a case of molestation lodged in 2018 against the victim’s daughter, police said on Tuesday.

“The incident took place in Nozarpur village of Sasani area in Hathras on Monday afternoon when the daughters of Ambrish Sharma (50) had gone to a temple, where the wife and aunt of accused Gaurav Sharma were present. The women had heated arguments with each other after which both Gaurav and Ambrish also reached there,” Hathras Superintendent of Police Vineet Jaiswal said.

Both Gaurav and Ambrish also had an argument after which the accused called some members of his family and shot Ambrish in a fit of rage, the SP said.

Ambrish was rushed to the hospital where he was declared brought dead, the SP added.

According to an FIR lodged by the victim’s daughter, however, the incident took place in their family potato field.

The Hathras SP said the FIR had been registered against Gaurav Sharma, Lalit Sharma, Rahitash Sharma, Nikhil Sharma and two others.

Out of them, Lalit has been arrested while the main accused Gaurav is absconding.

In the FIR, it was alleged that the girl was there in her family potato field with her father Ambrish when Gaurav came in a white car with his accomplice and asked Ambrish to take back the case lodged against him.

“Before my father could say anything, he opened fire on him. We rushed him to the hospital, where he died,” the girl said in the FIR.

The victim had lodged a case of molestation of his daughter two and a half years ago against Gaurav, who was jailed.

Gaurav, then, came out on bail after a month and he had animosity with Ambrish since then, the SP added.

Taking note of the incident, Chief Minister Yogi Adityanath has ordered strict action to be taken against the accused and directed officials to invoke provisions of the stringent National Security Act (NSA) against them.

Meanwhile, the Samajwadi Party reacted to the incident with its president Akhilesh Yadav alleging that women in UP have lost hope of justice from the state government.

“After ‘Hathras ki  beti’, murder of a father who had complained of molestation of his daughter has taken place. UP’s women has not lost hope from the government has stopped  seeking justice from it,” Akhilesh said in a tweet in Hindi.

“Enough of the atrocities on women, this time BJP is out,” he added.

Akhilesh also tagged a video of a girl, said to be the victim’s daughter along with his tweet.

The state BJP, though, has alleged that the main accused is from the SP with Gaurav Sharma running his social media pages with the name ‘Gaurav Songra’.

The BJP pointed to a Facebook post on February 27 in which Gaurav asked people to attend a farmers’ meeting convened by Yadav on March 3 in Aligarh.

“The accused is an SP leader and was out on bail and pressuring the victim’s family to withdraw the case. No such element will be spared in the present regime,” BJP spokesman Manish Shukla said.

BJP MLA from Lambhua, Deomani Dwivedi took to Twitter on the matter and termed the Samajwadi Party as “Apradhwavi Party” (criminal party).

He also put up a picture purportedly of Gaurav from the Facebook page in which he is inviting people for a kisan mahapanchyat in Aligarh.

In September last year, a 20-year-old Dalit woman died after being raped by four men in an incident that had shocked the entire nation.

She later died due to her injuries at a hospital in Delhi and the police came under widespread criticism over the handling of the case and a late-night funeral of the victim where the family said they were not allowed.