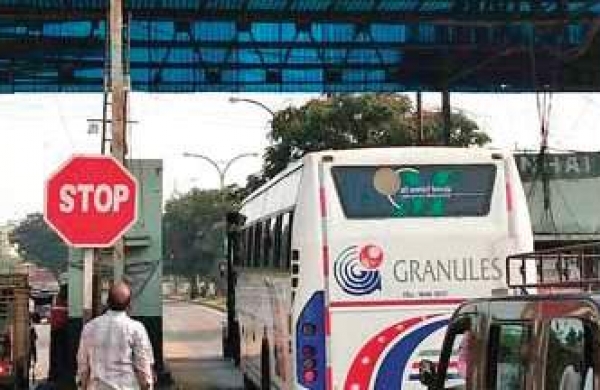 By Express News Service
NEW DELHI:  Have  you installed FASTag on vehicles? If not, be prepared to cough up twice the toll fee from February 16. On Sunday, Union Transport Minister Nitin Gadkari said the deadline for implementation of FASTag would not be extended further for vehicle owners.

The Centre had extended the FASTag deadline from January 1 to February 15. All lanes in the fee plazas on national highways will be declared as ‘FASTag lane of the fee plaza’ from midnight of 15th/16th February, said the Ministry of Road Transport & Highways said in a statement.

“Therefore, as per NH Fee Rules 2008, any vehicle not fitted with FASTag or vehicle without valid, functional FASTag entering into the FASTag lane of the fee plaza shall pay a fee equivalent to two times of the fee applicable to that category.”

Based on Radio Frequency Identification technology, FASTag is a device that makes toll payments directly from the prepaid account linked to it. Motorists have to affix the device on the windscreen of vehicles for seamless travel at toll plazas.

Coming with a validity of five years, FASTags save time  for motorists as there is no need to carry cash for transactions at toll plazas. These cards can be recharged online through credit card, debit card/NEFT/RTGS or Net banking.