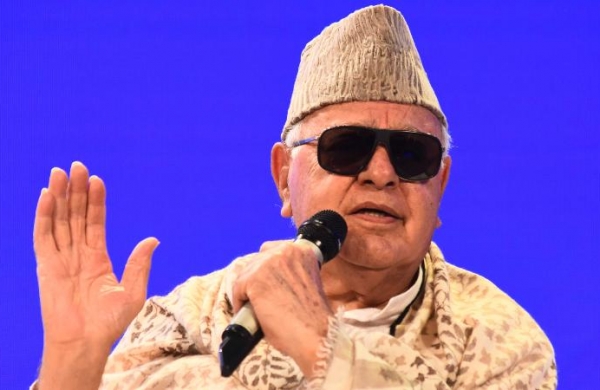 By PTI
SRINAGAR: A petition of veteran politician Farooq Abdullah challenging an order of the Enforcement Directorate (ED) of attaching his properties in the erstwhile state will come up for hearing on Monday before a new judge of the Jammu and Kashmir High Court.

The plea, which has given a detailed reason for cancelling the provision attachment order of the ED, came up for hearing on March 5 before Justice Ali Mohammed Magrey who ordered for putting it before a bench on Monday.

“During the course of hearing submissions of learned counsel for the petitioner, I bethought that earlier in some matters arising out of somewhat identical basic allegations, I have declined to hear the case.

“The judicial propriety demands the case be listed before some other Bench, on 08.03.2021,” Justice Magrey said in a single page order on March 5.

The petition, which has over 50 documents annexed along with it, has highlighted every aspect of Jammu and Kashmir Cricket Association scam and informed the court that it was at the instance of Abdullah that an in-house committee of association was formed which found two office bearers guilty of financial misappropriation and a case was registered in the local police station.

The petition of Abdullah contended that the ED had nowhere conducted an independent inquiry into the case “rendering it inherently biased.

Nowhere has the ED satisfactorily offered reasons to believe that the petitioner is in possession of proceeds of crime, or that such proceeds are likely to be concealed”.

Abdullah was president of JKCA from 2001 to 2012 and the scam being probed by the CBI and the ED is about alleged misappropriation between 2004 to 2009.

Challenging the provisional attachment order of the ED, it contended that the commercial property attached by the central probe agency at Srinagar was shown even in records of concerned Estate department as undivided property held by the entire family of the petitioner (Abdullah).

“Similarly, leasehold rights over the land of Estate Sonwar (residential house of Abdullah) was renewed on 26.08-1986.This is reflected in the lease renewal deed dated 17.10.1988 issued by the Revenue department, government of Jammu and Kashmir, proving that this land can in no way be linked to the offences in the present case (of ED),” it said.

The land at Ganderbal district, traditional bastion of the National Conference, and the one at Tangmarg, attached by the ED, the petitioner contended that the pieces of land were inherited from his mother Begum Akbar Jehan and subsequently informed to the ED.

In respect to the land and house at Jammu, Abdullah contended that it was purchased from three people and the same was mutated in 1998, a fact reflected to the ED by Tehsildar of the concerned area.

The former chief minister of undivided Jammu and Kashmir contended that he had taken a loan of Rs 10 lakh from Jammu and Kashmir bank for construction of house and the same was informed to the ED by the petitioner.

“Evidently, neither of these properties were even acquired in the same time period as the date of the alleged offences, let alone being properties being involved in money laundering,” the petition said.

The petition said that the ED had “deliberately” undervalued his properties in order to attach maximum of it, a move which clearly demonstrates “their mala fide”.

On December 18, 2020, the ED issued a provisional order attaching the properties under the Prevention of Money Laundering Act (PMLA) to Abdullah.

An appeal could be filed before the adjudicating authority of the PMLA within a six-month period.

According to an ED statement, the attached properties include three residential houses and a commercial building at posh Residency Road in Srinagar, besides lands at four different places in Jammu and Kashmir.

While the book value of the attached properties is Rs 11.86 crore, their market value is estimated to be about Rs 60-70 crore, ED officials had said.

The ED registered the case on December 28, 2018, under the Ranbir Penal Code (the Indian Penal Code’s substitute in the erstwhile state) without ascertaining whether it had any jurisdiction to do so, NC MP Husnain Masoodi said.

The ED has alleged that Abdullah “misused” his position as president of the Jammu and Kashmir Cricket Association (JKCA) from 2001-2011 and made appointments in the sports body so that the Board of Control for Cricket in India (BCCI) sponsored funds could be laundered.

Abdullah has raised the validity of the ED in the case.

The 84-year-old NC patron has been questioned by the ED in the case several times, the last in October 2020 at Srinagar.