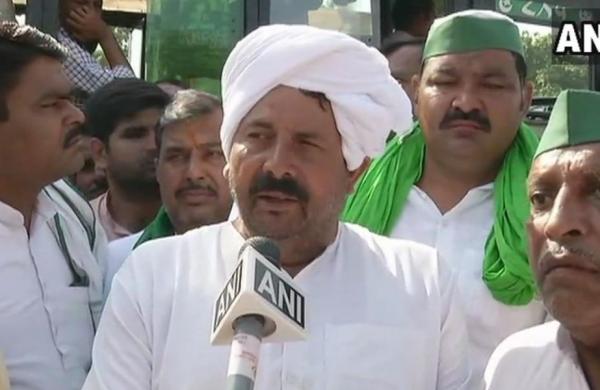 Express News Service
LUCKNOW: The Bharatiya Kisan Union (BKU) president Naresh Tikait on Thursday threatened the ruling BJP that the farmers would travel to West Bengal to campaign against the party candidates.

Tikait was talking to media persons in Ayodhya on Thursday while on his way to Basti to address a Kisan Mahapanchayat. The farmers’ leader offered prayers at Ramjanmboomi, the abode of Lord Ram, and Lord Hanuman at Hanumangarhi temple.

“We will campaign against the BJP candidates. We will request the people of West Bengal to vote for any political party except the BJP as it wins polls on false promises,” said Takait.

Claiming himself to be ‘Raghuvanshi’, the lineage of Lord Ram, Tikait said that he prayed to the deities to give Prime Minister some wisdom so that better sense prevailed in him while resolving farmers’ problems by holding fresh talks. He further said that farmers would also make donations for the construction of the Ram temple.

“We want a meaningful dialogue with the government and leaders of Sanyukt Kisan Morcha to resolve the crisis. But before that it must withdraw cases lodged against farmers,” asserted the BKU chief.

Interestingly, for the first time in the recent past, Tikait did not put the demand of farm laws’ repeal and instead said the Modi government should amend and strike down provisions that are not in the interests of farmers.

“If needed, the government may amend the new laws to make it pro-farmer. But there has to be total transparency,” he said.