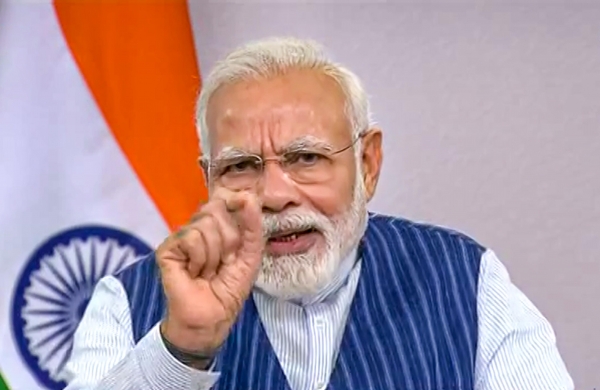 Express News Service
CHANDIGARH: The Western Dedicated Freight Corridor is a “game changer” for India in the 21st century, Prime Minister Narendra Modi said, after inaugurating the 306-km Rewari-Madar section of the corridor on Thursday.

Some 79 km of this section of the corridor is situated in Mahendragarh and Rewari districts of Haryana and approximately 227 km in Rajasthan’s Jaipur, Ajmer, Sikar, Nagaur, and Alwar districts.

“The dedicated freight corridors, be it eastern or western, are not just the modern routes for the modern goods trains but are also the corridors of the country’s rapid development,” he said.

“These corridors will also form the basis for the development of new growth centres and growth points in different cities in the country.’’

He said the western corridor will bring new opportunities to farmers, industrialists and traders in the National Capital Region, Haryana and Rajasthan.

The corridor will cover 133 railway stations in nine states.

Using the railway analogy, the PM said the infrastructure work is going on two tracks simultaneously in the country.

“In last ten to twelve days, several projects have been dedicated to the nation and over Rs 18,000 crores been directly transferred into accounts of farmers with the help of digital infrastructure…,’’ he said.