Farmers to take out tractor parade on Independence Day in Jind 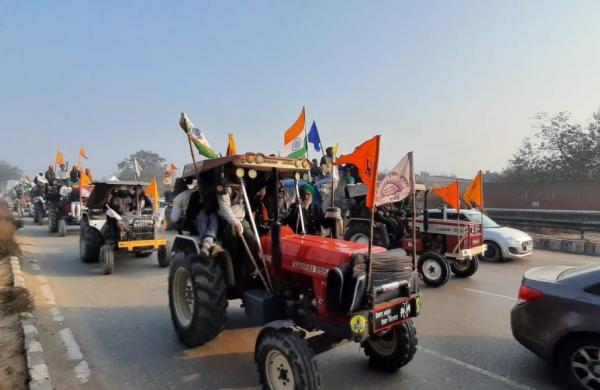 By PTI
JIND: Farmers protesting against the new agri laws will take out a tractor parade in Jind district of Haryana on Independence Day, peasant union leaders said on Monday.

On August 15, we will take out a tractor parade. Our tableaux will display the tools which we use in farming, Satbir Pehalwan Barsola told reporters here.

The parade, in which the national flag and kisan flag will be put up on farm vehicles, will start and culminate at the protest site at Khatkar toll plaza here, he said.

“We have prepared our route march. We will seek permission from the district authorities for the parade, he said on Sunday.

A large number of farmers will take part in this march, said Barsola, who is convener of the Khatkar toll plaza committee of the protesting farmers.

Barsola said they will show black flags to BJP-JJP leaders if they come to Jind to unfurl the tricolour on Independence Day.

Farmers opposing the Centre’s three farm laws enacted last year have been protesting at public functions of BJP-JJP leaders in the state.

However, local farmer leader Bijender Sindhu said, as August 15 is a national festival, We will not stop anyone from hoisting tricolour on that day.

It is my personal opinion that in such functions no hindrance should be created as August 15 is our national festival, he said.

It has been eight months since the farmers’ agitation against the three agri laws that they claim will do away with the minimum support price system, leaving them at the mercy of big corporations, began.

Over 10 rounds of talks with the government, which has been projecting the laws as major agricultural reforms, have failed to break the deadlock between the two sides.