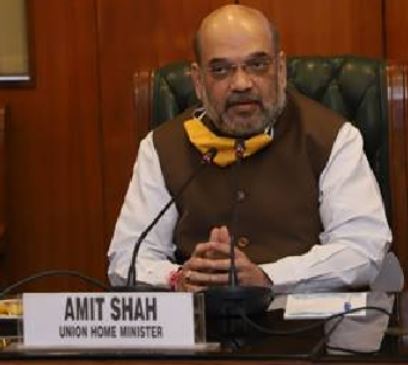 A day before the sixth round of talks between the protesting farmers and the Central government, farmer leaders have been invited to meet Union Home Minister Amit Shah at 7 pm on Tuesday.

“We have a meeting with the Home Minister at 7 pm today. We are going to Singhu Border now and from there we will go to the Home Minister,” Bharatiya Kisan Union spokesperson Rakesh Tikait told reporters here.

This comes even as the farmers, who have been protesting at several borders of the national capital since November 26 against the farm laws, have called for a ‘Bharat Bandh’ today, which has gain support from all corners, including opposition parties and lawyers.

Notably, after the fifth round of talks remained inconclusive, Union Agriculture Minister Narendra Singh Tomar has called another meeting on December 9. Leaders of farmer groups have held several rounds of talks with the government so far.

Thousands of farmers are protesting against the three newly enacted farm laws — Farmers’ Produce Trade and Commerce (Promotion and Facilitation) Act, 2020, the Farmers (Empowerment and Protection) Agreement on Price Assurance and Farm Services Act, 2020, and the Essential Commodities (Amendment) Act, 2020.