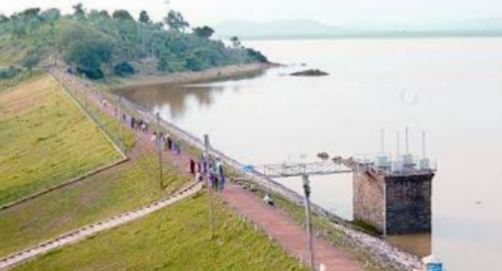 Water resources are a very important part of the economy of any state because a large population of the state is dependent on agriculture and agriculture is largely dependent on rainwater. Conservation, promotion and irrigation of surface water under Bastar district Water resources division is done by Jagdalpur.
The seven development blocks of Bastar district have a geographical area of ​​4 lakh 3 thousand 30 hectares, agricultural land is 2 lakh 22 thousand 345 hectares and the area covered by the district is one lakh 89 thousand 329 hectares. In the year 2020-21, the Kharif target was set at 17 thousand 903 hectares, against which 11 thousand 554 hectares have been achieved. The Rabi target for the year 2020-21 has been set at 5071 hectares.
In the Bastar district, under the water resources department, there is a medium irrigation project Kosarteda, 07 diversion plans, 07 lift irrigation schemes, 31 minor irrigation schemes and 30 anicuts and stopdams have been constructed. 01 diversion plan and 10 animate stop dams are under construction. Thus, at present there are 87 schemes, due to which Kharif and Rabi are being irrigated. Drinking water is provided by the Public Health Engineering Department under Nal-Jal Yojana to 33 villages under the Kosarteda Medium Irrigation Project. Similarly, in summer, 25 ponds of 15 villages from the Kosaratta reservoir are given water for disposal. The only major river of the district, the Perineal River Indravati River, gets shortage of water during the summer season, keeping in view 02 big barrages have been proposed in Indravati River. In this way, the Water Resources Department is providing water for maximum irrigation to the farmers and water conservation and promotion is also being done with priority.