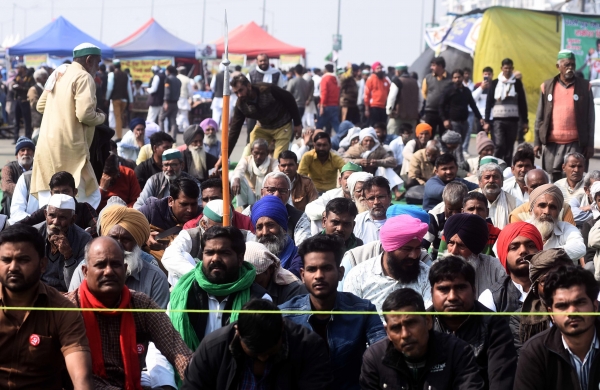 By PTI
NEW DELHI: The Supreme Court-appointed committee on Friday held consultations with 12 farmer unions and peasants from eight states, including West Bengal, on the controversial farm laws enacted by the Centre recently.

This is the seventh meeting held by the panel so far.

The three-member committee is holding consultations with stakeholders, both online and in person.

In a statement, the committee said it held its interactions through video conference with farmers, farmer unions and farmer producer organisations (FPOs).

“All the participating farmer unions, FPOs and farmers gave their detailed views and suggestions on the three farm laws,” the committee added.

On January 12, the apex court had stayed the implementation of the three contentious farm laws for two months and asked the committee to submit a report within two months after consulting the stakeholders.

Thousands of farmers, especially from Punjab, Haryana and parts of Uttar Pradesh, have been camping at Delhi’s borders for over two months seeking repeal of the new legislations, introduced by the Centre last year, saying they are pro-corporate and can weaken the mandi system.

The 11 rounds of talks between the Centre and 41 protesting farmer unions have so far remained deadlocked, even though the ruling dispensation has offered concessions, including suspension of the legislations for 18 months, which the unions have rejected.