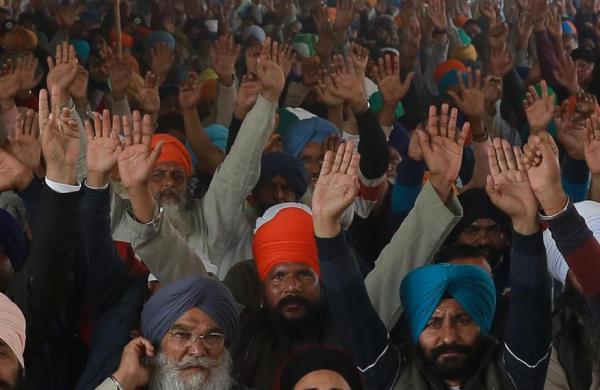 By PTI
CHANDIGARH: The Haryana government on Tuesday further extended the suspension of mobile Internet services till 5 pm on February 3 in seven districts of the state amid a protest by farmers against the Centre’s three farm laws.

It said the order has been issued to prevent any disturbance of peace and public order in the jurisdiction of these districts of Haryana and shall be in force with immediate effect. Any person found guilty of violation of the aforesaid order will be liable for legal action under relevant provisions, it said.

The government’s move to suspend mobile Internet services in 17 districts earlier and later on keeping these suspended at a few places saw protests by farmers in the state. Farmers on Tuesday blocked the national highway near the Khatkar toll plaza near Narwana in Jind to protest against the curbs.

Azad Singh Palwa, a Khap leader, alleged that the suspension of Internet services is adversely affecting various sections, particularly students. “The final examinations of students are approaching. Many students are preparing for entrance exams, but their studies are being hit due to Internet suspension,” he said.

INLD leader Abhay Singh Chautala told reporters in Jind that the suspension of the mobile internet services in some parts had affected office work and the studies of the students.