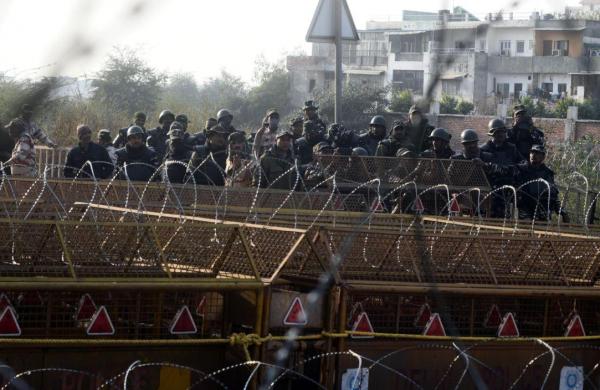 By PTI
MUMBAI: A ‘rasta roko’ was staged in Karad city in Satara district of Maharashtra on Saturday as part of the ‘chakka jam’ protest called by farmer bodies agitating at borders of New Delhi against the three new farm laws.

At least 40 protesters, including senior Congress leader Prithviraj Chavan’s wife Satvasheela Chavan and farmers, were detained by the police for holding the protest on a busy road at Kolhapur Naka in Karad in western Maharashtra this afternoon, a police official said.

They were detained under sections 68 and 69 of the Mumbai Police Act and released, he said.

As per farmer unions, the ‘chakka jam’ includes blocking national and state highways between 12 noon and 3 pm o protest the internet ban in areas near their agitation sites, harassment allegedly meted out to them by authorities, and other issues.

The protesting farmers have expressed apprehension that these laws would pave the way for the dismantling of the minimum support price system, leaving them at the mercy of big corporations.

However, the government has maintained that the laws will ensure better opportunities for farmers and bring in new technologies in agriculture.