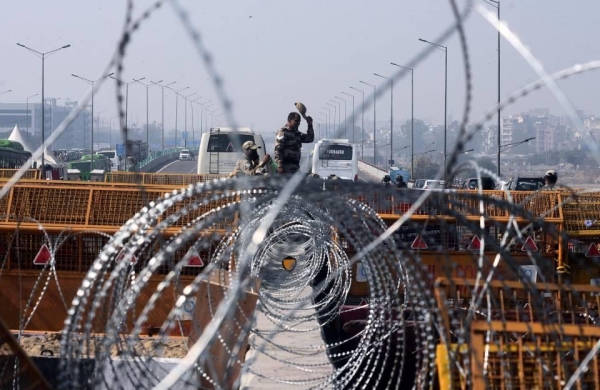 By PTI
NEW DELHI: The carriageway of NH-24 going towards Ghaziabad from Delhi, which was closed since January 26, was reopened for commuters on Monday, police said.

The carriageway from Ghaziabad towards Delhi, however, remains closed, they said.

In view of the prevailing law and order situation at the Ghazipur border and keeping in mind the aspect of public convenience, the carriageway of NH-24 going towards Ghaziabad from Delhi has been opened in due consultation with the police officials of the district, a senior official said.

The stretch had been closed since January 26, when violence broke out in the national capital during a tractor parade by farmers.

The carriageway was briefly opened on March 2.

The Tikri and the Singhu borders continue to be closed due to the farmers’ agitation.

Thousands of farmers, mostly from Punjab, Haryana and western Uttar Pradesh, have been camping at Delhi’s border points — Singhu, Tikri and Ghazipur — for over three months, demanding a repeal of the three farm laws and a legal guarantee on the minimum support price for their crops.