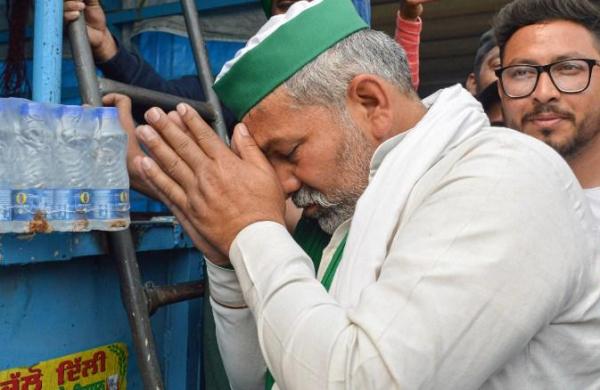 By ANI
GHAZIABAD: Bhartiya Kisan Union (BKU) spokesperson Rakesh Tikait on Friday said the ongoing farmers’ protest will go on for indefinite period as there is no planning regarding the duration yet.

“Farmers’ protest will go on for indefinite period as there is no plan currently. It might continue till October,” Tikait told ANI.

He said this in response to the statement of Samyukt Kisan Morcha (SKM) leader Gurnam Singh Charni that the farmers’ protest will continue till October.

Tikait had earlier warned the farmers’ agitation will not conclude unless government repeals the three newly enacted agriculture laws and it may go on till October.

On Friday he mentioned that the farmers do a protest every year on October 2 at the Ghazipur border.

He further said there must be a genuine reason that the country’s farmers are protesting for so long.

“The entire nation’s farmers are on streets protesting, there must be a reason to it. If the farm laws are not accepted by the farmers, then what is the compulsion of not repealing them?” Tikait asked.

He agreed with Congress leader Rahul Gandhi’s remark of ‘Hum do hamare do’ as he believed that it truly seemed like only four people are running the country.

Farmers have been protesting on the different borders of the national capital since November 26 against the three newly enacted farm laws: Farmers’ Produce Trade and Commerce (Promotion and Facilitation) Act, 2020; the Farmers Empowerment and Protection) Agreement on Price Assurance and farm Services Act 2020 and the Essential Commodities (Amendment) Act, 2020.