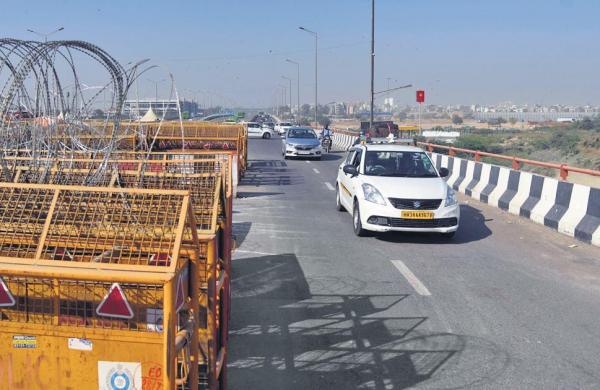 By ANI
NEW DELHI: The Ghazipur border, which was closed due to farmers’ protests against Central farm laws, was reopened on Monday for traffic movement. However, the movement is allowed only for those entering Uttar Pradesh from the national capital.

The decision to open the carriageway of the National Highway-24 going towards Ghaziabad from Delhi has been opened after discussions between Delhi Police with police officials of Ghaziabad district.

“In view of prevailing law and order situation at the Ghazipur border and considering public convenience, the carriageway of NH-24 going towards Ghaziabad from Delhi has been opened after consultation with police officials of Ghaziabad District, Uttar Pradesh,” said Delhi Police.

On March 2, the Ghazipur border, which remained closed since January 26 following the Republic Day violence, was reopened for vehicular movement. Later, the border was closed for traffic movement.

Ghazipur border is among those sites where farmers have been protesting since November 26 last year against the three newly enacted farm laws — Farmers’ Produce Trade and Commerce (Promotion and Facilitation) Act, 2020; the Farmers Empowerment and Protection) Agreement on Price Assurance and Farm Services Act 2020 and the Essential Commodities (Amendment) Act, 2020.

As agitating farmers assemble at the Gazipur border and tried to break police barricades, one carriageway of the National Highway 24 for Uttar Pradesh to Delhi was first closed for traffic on December 3 last year.