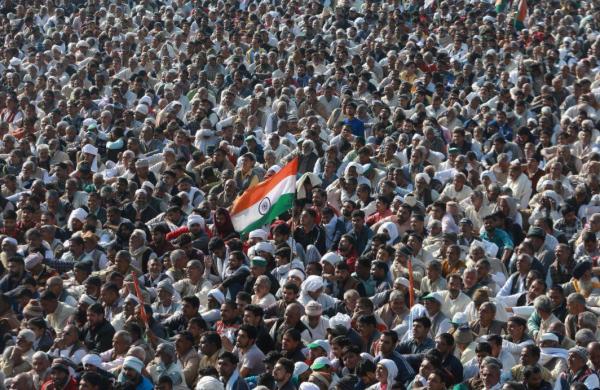 By Express News Service
CHANDIGARH/JAIPUR/LUCKNOW/NEW DELHI: With the government on Friday strongly defending the farm laws in Rajya Sabha despite protests against them gathering momentum, farmers unions said that the chakka jam planned for Saturday will not take place in UP, Uttarakhand and Delhi, but will cover other parts of the country, including southern states.

While agriculture minister Narendra Singh Tomar said that the offer to amend the laws should not be viewed as if they had any flaws, the Opposition demanded that they be repealed and fresh ones brought after consultations.

At the protest site, the Samyukta Kisan Morcha (SKM) announced their action plan on the chakka jam following a meeting between Balbir Singh Rajewal and Rakesh Tikait.

“As sugarcane harvesting is on in UP and Uttarakhand, farmers will be busy. The SKM has decided that farmers in these two states will not resort to chakka jam and will submit memos to the deputy commissioners. Delhi is also kept away from tomorrow’s stir, though it will cover the rest of the country,” said Tikait and Rajewal.

Tikait welcomed the support from international artistes and activists, including Rihanna and Greta Thunberg, but admitted he didn’t know them.  The SKM’ said only national and state highways are to be jammed from 12 noon to 3.00 pm.

The farmer leaders appealed to keep it peaceful. Sources said farmer unions fear angry outbursts in UP’s Pilibhit belt as the kisans there are upset over the deaths of some of their comrades. “That’s why the blockade has been called off in these areas,” said a source.

Two mahapanchayats, one each in Rajasthan’s Dausa and  Shamli in western UP, drew massive crowds. While Dausa is Congress leader Sachin Pilot’s pocket burough, the one in Shamili was organised by SP and RLD.