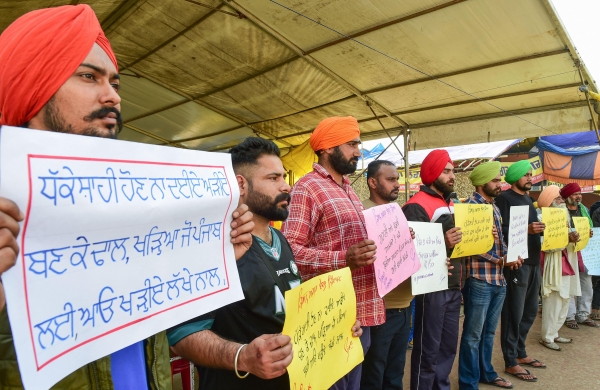 Express News Service
CHANDIGARH: Responding to Prime Minister Narendra Modi’s call to end their agitation and return to the dialogue table, farmers’ leaders said they have never shied away from talks and would resume discussions once the Centre sends a fresh proposal and fixes the date and time. President of Krantikari Kisan Union Punjab Dr Darshan Pal said they have had 11 rounds of talks with three Union ministers, and were ready to continue engaging with the Centre. Dr Pal is a senior member of the umbrella organisation of multiple farmers’ unions.

Bharatiya Kisan Union (BKU) leader Rakesh Tikait sought to reiterate the farmers’ position, saying they wanted a legal guarantee on MSP, cushioning the farmers from the vagaries of demand-supply defined rates for their produce. “If the government wants to hold talks, we are ready,” he said. The previous 11 rounds had failed to end the deadlock with the farmers sticking to their demand for the repeal of three farm laws, too.

Meanwhile, Dr Pal hit out at the prime minister’s andolan jivi (professional protestors) remark, saying: “We are proud of being andolan jivi. Without andolan, nothing changes. The British left our country only due to andolan,’’ he said. Tikait also sought to dismiss the remark saying that a protest that was earlier branded as Punjab’s, and later described as Jat-Sikh agitation, has managed to unite farmers across the country. “This is a protest by farmers across the country united for a cause,’’ he added.